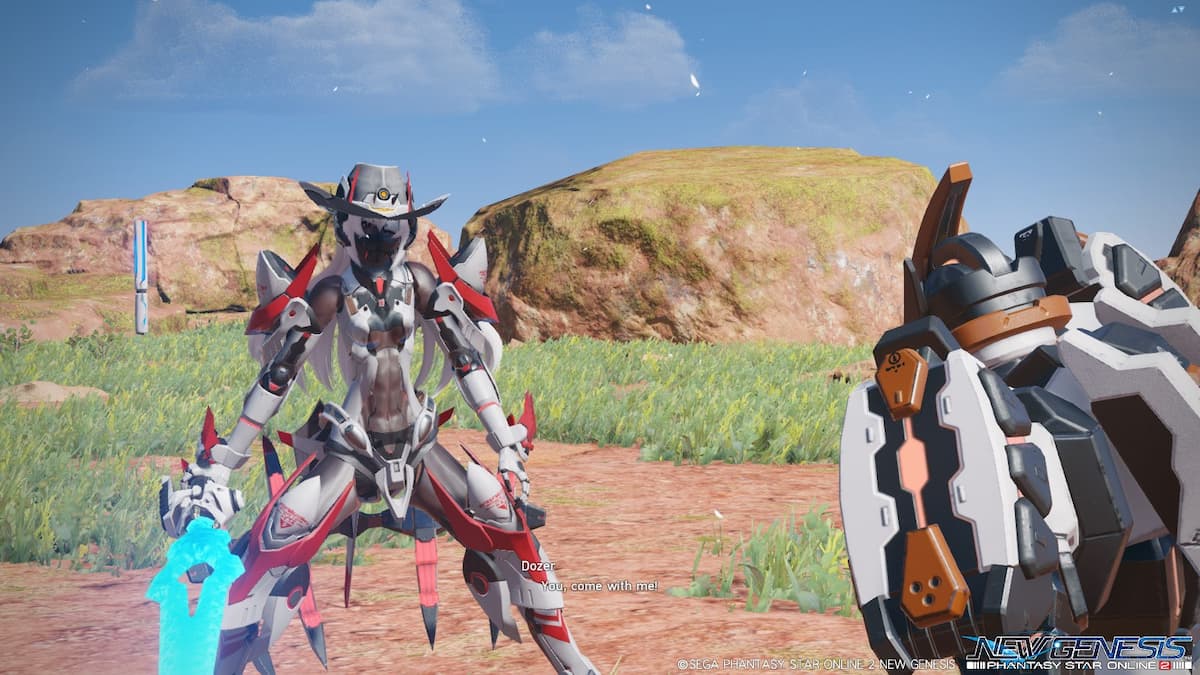 Bravers in Phantasy Star Online 2: New Genesis are described as having simple moves with hidden advantages, and in our tests, that felt incredibly accurate. Bravers utilize their skills to extend their combos and avoid damage, with enhanced abilities to dodge and counter. Selecting Braver as one of your classes will encourage a reactive, combo driven playstyle that relies on perfect timing to achieve its goals. Here’s our guide for how to get the most out of this rolling samurai warrior class.

Selecting Braver as your class

To select Braver as your main or secondary class, simply go visit the Class Counter in the city center and open up the Select Class menu. You’ll find Braver listed just below Techter in the list. Select this option, confirm, and that’s all there is to it.

Braver as a Main or Secondary Class

When using Braver as a main class, you’ll need to use either Katanas or Bows to access the advantages of the class, which are enhanced dodges and counters. Similar to Gunners, you will be moving between distances as you weave through combat, using perfectly placed abilities to dodge and extend your combos while dealing damage. All classes work reasonably well as secondary classes, but our favorites were Gunner, Ranger, and Techter. Gunner gives access to PP restoration on hit, which allows you to extend Katana combos for nearly infinite lengths of time by using dodges and photon arts to re-engage. Ranger boosts your range capacity, and also gives some useful skills for players who want to focus on Bow use. Hunter as a secondary class gives an interesting Tank dimension to gameplay.

When using Braver as a secondary class, you will only experience the benefits when playing a tanky style that is actively guarding. The Braver skills available as a secondary class boost health regeneration and blocking power, which is valuable for Hunters and Fighters. In our testing we found that Braver was not an effective secondary class overall, and at this time we highly recommend only using it as a primary class if at all, but we would love to be proven wrong.

Bravers use two weapons: Katanas and Bows. These two weapons are fascinating as a contrast to each other — Katanas are close-range weapons while Bows are the longest-range weapons in the game. On the other hand, there are key similarities between the two that give Bravers a definitive and compelling playstyle. Both Katanas and Bows allow you to move while setting up attacks, and the Braver abilities reward you for perfect timing with enhanced dodges and empowered counterattacks. To be an effective Braver, you will need excellent timing and positioning, regardless of your weapon of choice.

When using a Katana, you’ll be alternating between counters and combos. At times, using it feels like popular action games such as Bloodborne or Code Vein, where you will be rolling and parrying until your opponent gives a weakness, at which point you will execute a devastating combo. With the right skills selected, you will be able to chain attacks, counters, and photon arts almost endlessly. At first it can be difficult to learn the nuances of when to use which photon art, but once you get the hang of it, Katana gameplay is incredibly satisfying.

When fighting from afar, Bravers pull out their Bows to take down distant foes. Bows are interesting because they have a long range and also have a wind up on their attacks. By charging until the perfect moment, you can deal incredibly high damage to a single target, or rain arrows on an area, but at the risk of being hit while charging. For best results, you can use your dodges to set up empowered attacks, or try taking to the air and charging on your way down. Bows fill a niche in PSO2 that no other weapon can, so it can be incredibly rewarding to learn the timing.