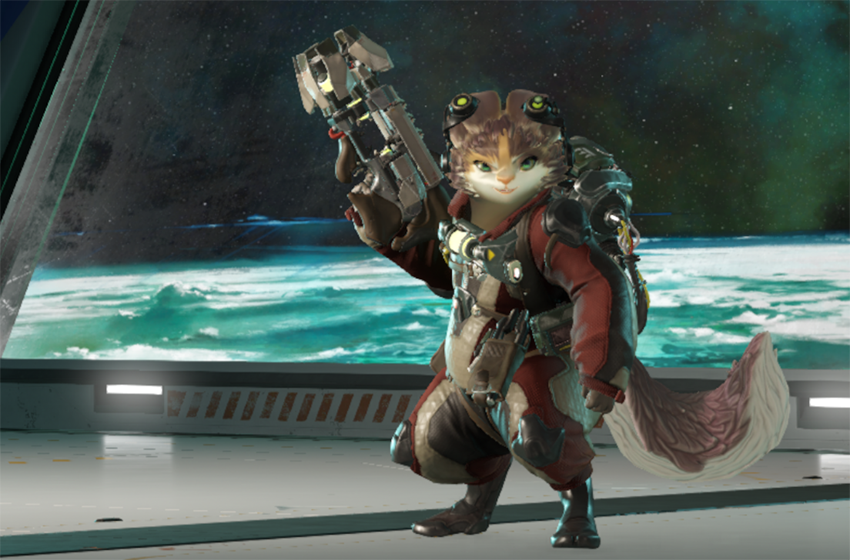 Toska is one of the ten playable characters in Crucible. She is a super-genius exiled from her homeworld after attempting to overthrow the rulers of that land. She sees essence as a way to make herself more powerful when she returns home to extract revenge on those who wronged her. Here is how to play her in-game.

Toska’s main fire is a scattershot of acid that has six shots before needing reloading. It’s a powerful shotgun with a low range.

Her passive allows her to interact with objects faster, so if your team is setting up to capture an objective, Toska will get the job done the fastest.

Her shift ability is Blink. She can use this two times consecutively before it needs a cooldown. It teleports her forward for faster traversal, and she can even use this to teleport through walls.

Her Q ability is Electro Cloud. It releases a large cloud that will cloak you and allies within it from enemy detection. The radius on it is massive, but it does have a very long cooldown.

Her E ability is X-Ray Goggles. This will light up any enemies within 50 meters in front of you, even if they are behind walls. Like Electro Cloud, this ability also has a long cooldown.

Finally, her right-click is Adhesive Alpha, a sticky explosive that will slow down the enemy while inflicting damage on them.

Toska’s essence upgrades focus on the lethality and preservation of the character.

At level one, she can start with three medkits instead of one (as well as a total of five possible she can hold), increase Blanks distance to 15 meters, or transform melee damage over time into immediate damage.

At level two, her medkit time to use is reduced to 3.2 seconds.

At level three, she can increase her guns fire rate 10% while decreasing kick 20%, increase X-Ray Goggles range to 65 meters and spreading the area of effect to a whole 360 degrees around her, or have Adhesive Alpha create an area of effect for eight seconds that damages and slows enemies by 25%.

At level four, her Blinks are increased to three available instead of two.

At level five, she can leave a bomb behind every time she blinks that blinds enemies or create three smaller Electro Clouds with a nine-second shorter cooldown.

Toska’s abilities have a long cooldown, so be sure only to use them when necessary. Also, be sure to capture objectives and collect essence as fast as possible to get an advantage over the opposition.