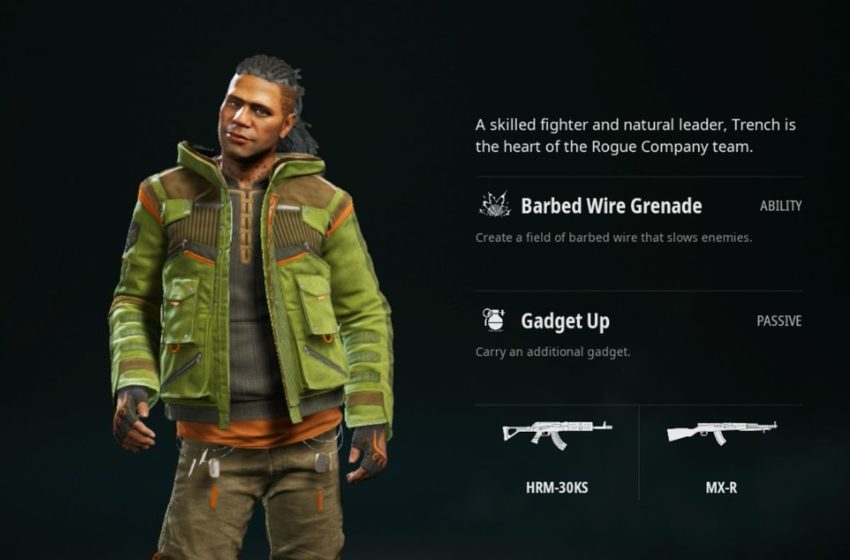 During most of the Rogue Company closed alpha, Trench was considered god tier, and every team had him. As the game evolved and new rogues and gadgets were added, he settled into a niche role. Currently, he is an excellent team asset for defending teams in Demolition, as his primary strength is in holding down objectives. With his Barbed Wire Grenade and an extra supply of utilities, he can slow down enemy assaults, block flanks, control sightlines, and cancel enemy utilities and lethals. As the enemy team scrambles to breach his defenses, they will be easily picked off by Trench’s teammates.

Trench and his teammates are not affected by his barbed wire. The only operator in Rogue Company immune to the barbed wire’s slowdown is Anvil, due to his anti-CC passive. The barbed wire can be quickly destroyed with melee attacks and explosives.

Because Trench’s passive gives him an extra copy of each of his gadgets, it is usually worth buying both his Tear Gas Grenades and Active Protection Systems as soon as you can. Note that the passive ability only adds a single extra item, rather than doubling the total number of items – so with a fully upgraded inventory, Trench has a total of 3 Tear Gas Grenades and 3 APSs.

Trench also has a great set of perks, letting him survive longer with Headstrong and Bounce Back, and dismantle Anvil barricades with Shredder Rounds. His only priority perk is Headstrong, simply because it is a very good perk on any rogue.