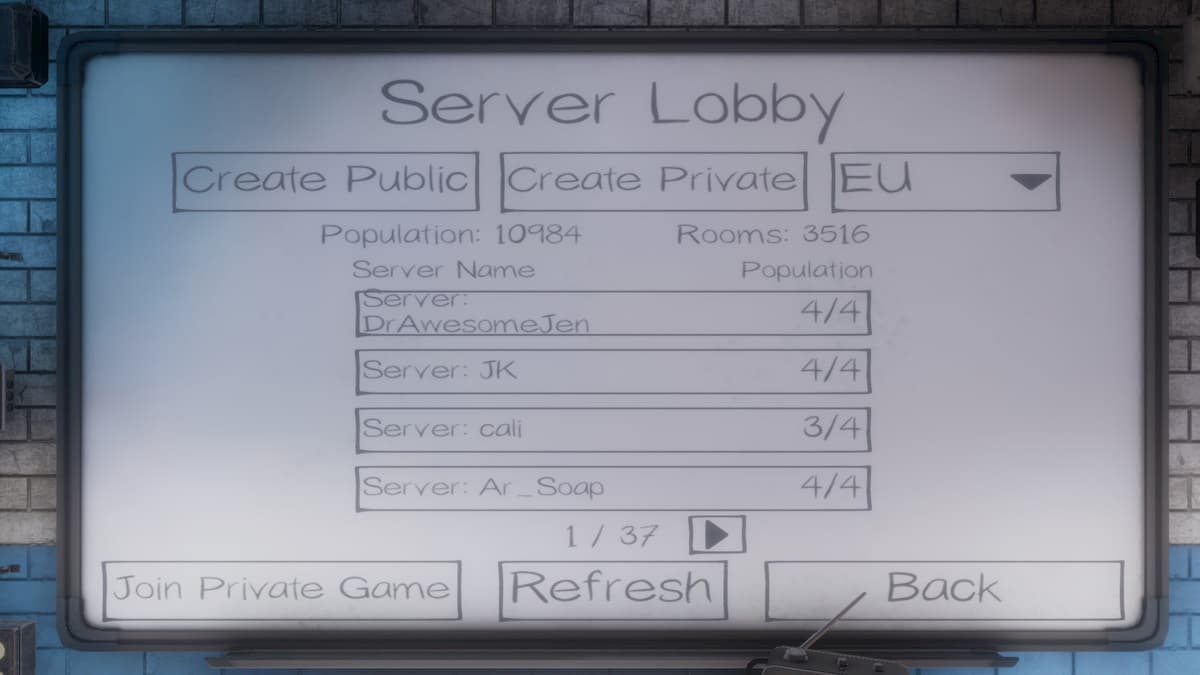 Taking on ghosts is difficult work in Phasmophobia. These ghosts are powerful creatures, and they have supernatural powers, whereas you only have the tools and equipment you choose to take with you on the job. To increase your chances of survival, you want to invite other players to join you, and having a friend or two can meanwhile one of you is distracting the vicious ghost, the other is attempting to learn about it so the two of you can depart, and make it out alive.

To start a multiplayer game to invite to your friends, you want to create a private lobby. You can do this after clicking the ‘play’ option from the main menu and choosing the ‘create private’ lobby option. You can modify where the server takes place, such as if you’re based in Europe, the United States, Australia, or South America. Once you create the lobby, you will be the only player in it. You can choose to select the job before your friends get in, invite them first, and talk about the available choices you want to hunt after.

When you’re ready to invite your friends, you want to use the invite code located at the white board’s top right. It should be a six-digit code. Send that to your friend, and when they input the code to join the lobby, they should have a slot waiting for them. The lobbies only allow a total of four players, so you can bring a maximum of three friends with you in Phasmophobia.

Many of the jobs recommend having at least one other player with you. So even if you don’t want to play with a full lobby, taking another partner to tackle the ghost is a good idea. We’ve attempted to play by ourselves, and it doesn’t usually go well.