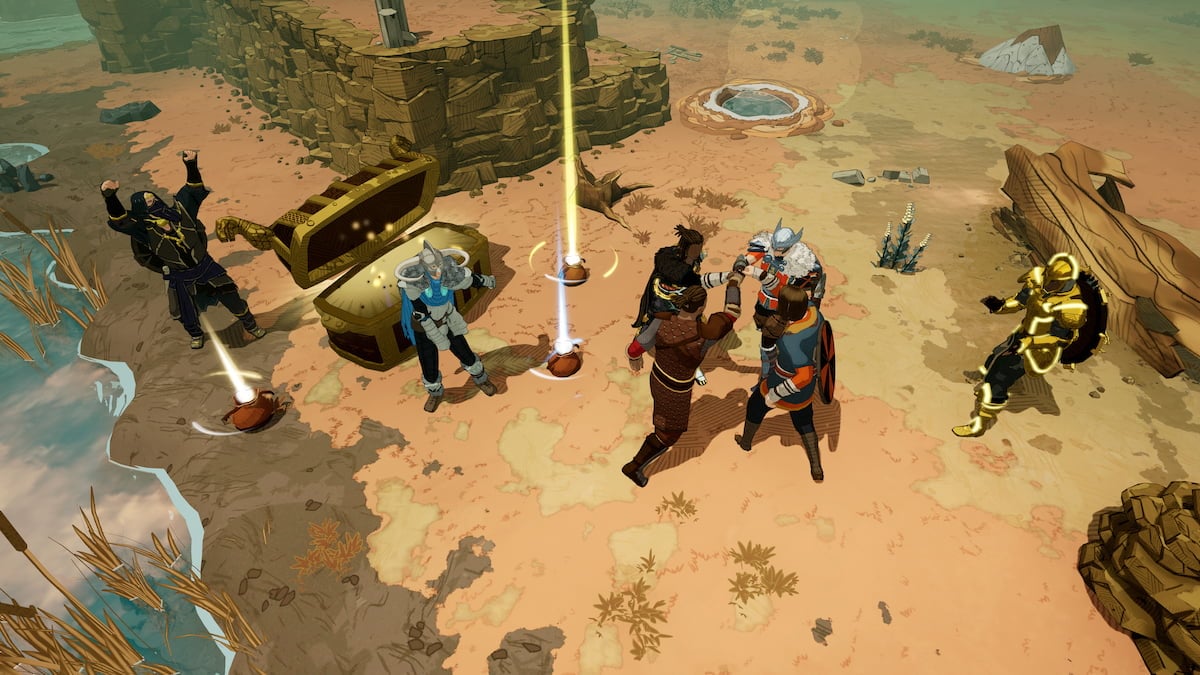 Tribes of Midgard allows you to play game sessions with up to 10 players simultaneously, working together to defeat some of the toughest enemies that it can throw at you. While you have the option to play the game by yourself, you also have the option to invite other players to your game session. You won’t play the game between PlayStation and PC products when it launches, but crossplay is expected to arrive in the future. Before jumping into a game, you can start a session with a friend. This guide details how to play with friends in Tribes of Midgard.

Before starting a game, you’ll have the option to invite a friend on the lower right portion of your screen. You can invite anyone on your friend’s list who has the game or is currently playing it. When you send the invite, the two of you will join a party, and then you can join the same game session together.

If you only want to play with a small group of players, such as two, three, or four, you can do this through solo play. The larger matchmaking gameplay sessions involve a group of 10 players. You want to avoid these sessions if you’d rather play by yourself or with a few friends.

You can join an ongoing session or have a friend invite you when they’ve created a world. However, you or your friends won’t be able to invite others into your world once you reach day three. So you want to make sure you invite everyone who wants to play with you before this checkpoint, or you’re going to be stuck with who you have immediately.

Double-check that you, or a friend, do not attempt to create a world together once it’s past day three. If you’re having trouble connecting, this is likely the issue.