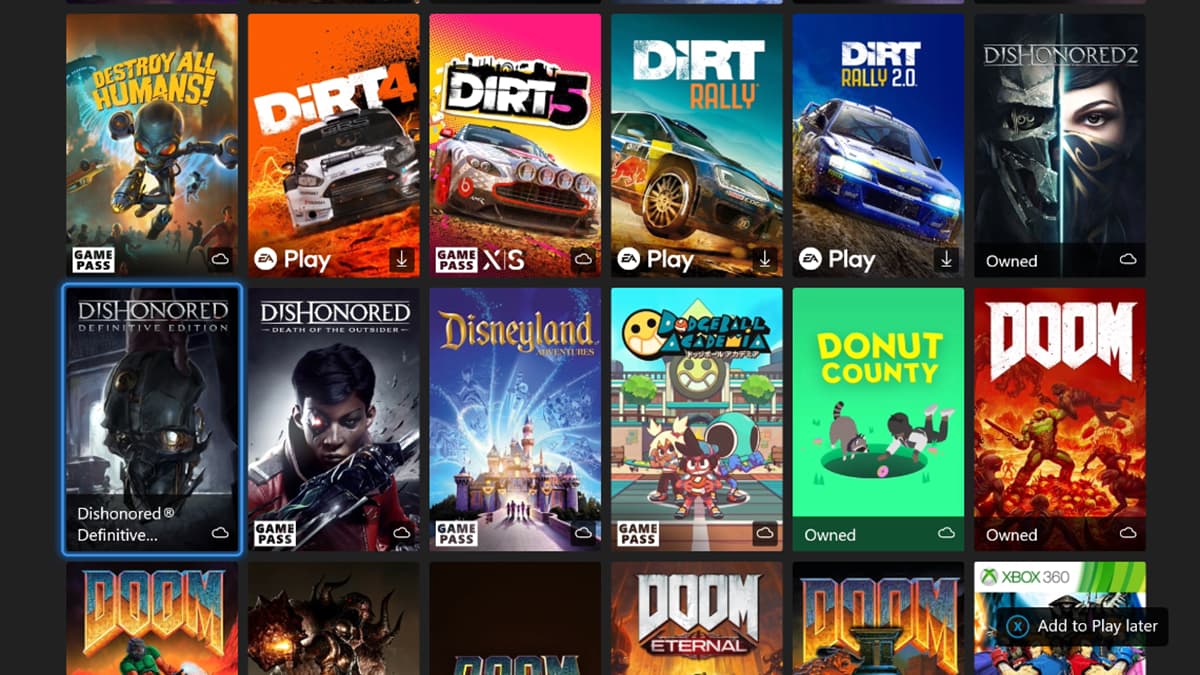 Xbox cloud gaming is slowly but surely becoming more prominent. Of course, you have the mobile gaming variant in xCloud, which lets you play console games on the go, but what about playing those same games on your Xbox without having to install them? Here is how to play Xbox cloud games on your console.

Pull up the Game Pass games, and you can look through the library of games supported in the program. Look at the bottom right corner of each title. If you see a cloud symbol, that game can be streamed directly to your console without installing it. Of course, you will need an internet connection to do this. Click on the tile and select Play with the cloud logo. If you set the game to install, you will have to wait until it finishes before playing the game.

After you have selected to play a game, your console will connect you to the Xbox servers and begin streaming the game. If you come back to the game, it will be listed in your Xbox guide with a cloud symbol that will allow you to install it if you don’t want to stream in the future.

Console streaming is a good option for jumping into a game right away if your friend wants to play and you do not have it installed. Of course, the title must be in Game Pass and support the feature, but still a handy thing to have regardless. If your internet company charges on your data used, however, be mindful of how much you are playing. We had no problems with latency, but spottier internet connections could run into some issues.