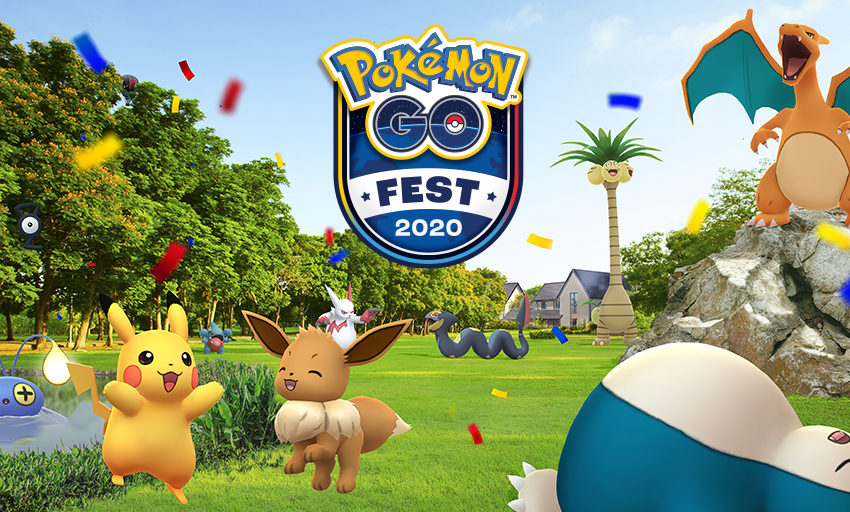 Pokémon Go Fest 2020 will happen on July 25 and the 26. Traditionally, the weekend event would happen at a particular physical location, but because of COVID-19, it’s happening virtually. All Pokémon Go fans worldwide can take part in it, and capture the variety of unique Pokémon that will be spawning in at select times. It’s a limited-time event, so here’s all the information you need to know before it happens, and how to get the most out of it.

While the Pokémon Go Fest for 2020 is a virtual event, it does require a ticket. You can purchase a ticket from your application by opening it up, clicking the Poké Ball icon in the middle of your screen, and going to the store. You can purchase the ticket below the available bundles. It costs $14.99, and it counts for both days.

Stock up on incense and Poké Balls

There will be a variety of different Pokémon available during the first day, and many of them are usually difficult to capture or don’t normally spawn in your region. The more Poké Balls you have on your person, the more chances you have to catch all of them. Plus, you can use incense to lure them to your location. The specific event on the first day is split up into five rounds, each focused on a particular Pokémon-type and featuring their favored habitats. Here are the five virtual habitats:

These habitats will only last for an hour, for a 10-hour period, meaning you can expect to see each habitat twice on July 25.

The second day is meant to be a surprise. It’ll likely revolve around the Team Rocket trouble that had been cropping up during the second week leading up to Pokémon Go Fest this year. It featured Team Rocket taking to the skies with their balloons and battling trainers all over the world. It’s another feature introduced because of COVID-19 to assist players who want to battle Team Rocket, but can’t locate nearby Pokéstops due to social distancing.

The balloons introduced new battles, and the leaders had different Pokémon than they had been using since March. Even Giovanni had a new legendary. Pokémon Go Fest 2020 will likely feature Giovanni with a shadow version of Mewtwo, so you can expect to capture it during the event. You will likely have to battle Giovanni. The battle will probably happen on the second day but could occur during the first one.

The narrative behind the three-week challenges that developer Niantic has been made available to all trainers since the start of July featured Professor Willow tracking down a new legendary. While the game has been keeping is mysterious, a new tweet from the official Pokémon Go Twitter page shows a scrap of paper left behind by Team Rocket of them attempting to capture the mythical creature, featured below.

While not named, the Pokémon is Victini, a Psychic and Fire-type Legendary Pokémon from the Unova region. Victini will likely make their debut at Pokémon Go Fest 2020, and those attending the virtual event will have a chance to capture it.

Throughout the event, starting on Friday, July 24, at 2 pm PT, everyone will be able to visit their team’s virtual lounge to hang out with players, event coordinators, developers, and plenty of others who will be stopping in during Pokémon Go Fest. The traditional event had physical location players could stop at to rest and earn prizes. This virtual location will be the same thing, and you can expect live streams, updates about what’s going on, and available prizes. You can stop in to check out your virtual team lounge at this location.

The final thing to note for Pokémon Go Fest 2020 is to know the time everything kicks off. It’s a worldwide event, but it starts on July 25 from 10 am to 8 pm in your local time. It starts up the next day on July 26 at the same time, and the same ending time but with different events.

For some players, the event will start a bit sooner for them because of their timezone. You might be able to learn about what’s happening beforehand by investigating social media or checking your team’s lounge before the festivities start.