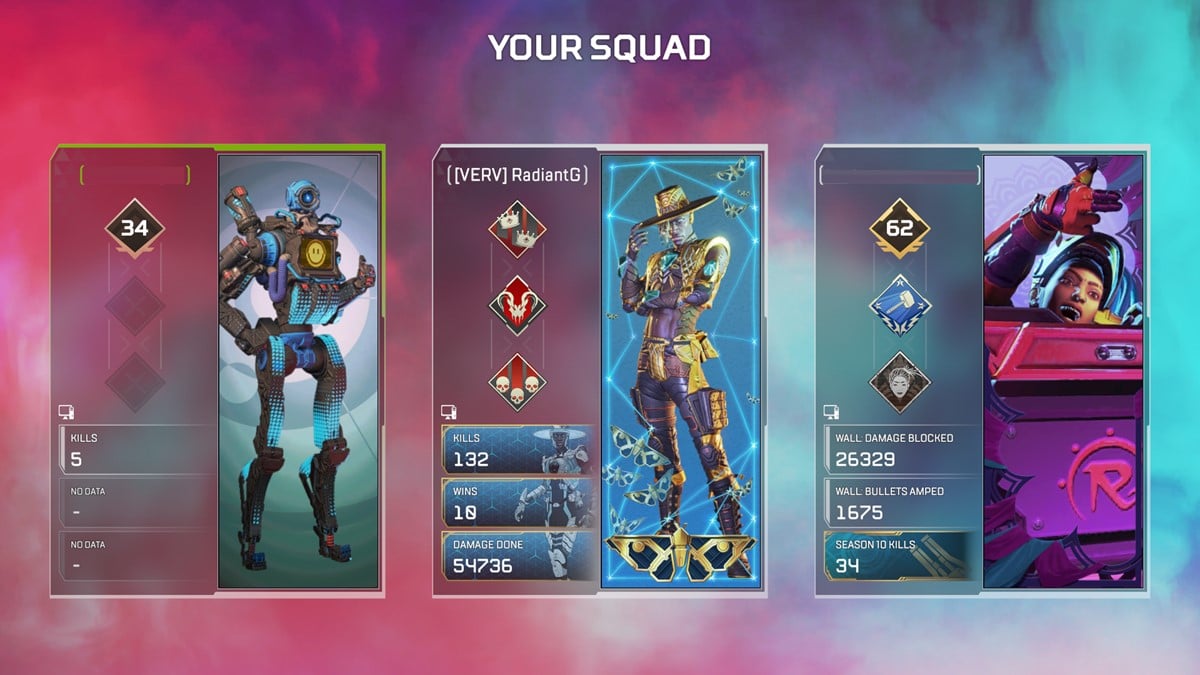 Crashing and disconnecting have been major problems in Apex Legends since the Evolution Collection Event debuted. From the inability to get into the lobby to infinite loading screens to crashes mid-game, there has been a host of errors. One of the most common errors is the game freezing on the Your Squad introduction screen. That said, after a small patch that went live on September 20, it was confirmed that there is a partial fix for that specific error.

Animated banner poses are any pose at Epic (purple) tier or higher. This means selecting any Rare tier pose, or the default common (white) pose is safe for now.

It is unclear if this error also occurs from animated banner frames, the Legendary (gold) tier banner frames, but it may be a good idea to unequip any harder to load assets.

Above are two examples: one, with an animated banner pose and a large epic banner frame, the other with the default pose and a rare banner frame. The prior froze several times, thus why the image is dark (it never fully loaded). However, the latter did not have any problems so far. Using this as a guide will improve your chances of making it into a match without freezing greatly.

All of this said, you can’t control the banners of the player you queue with, so solo queue is still a roulette of whether you will crash or not based on their banner choices. Playing with friends who have also turned off animated banner poses, though, should prevent a majority, if not all, crashes at the Your Squad display screen.