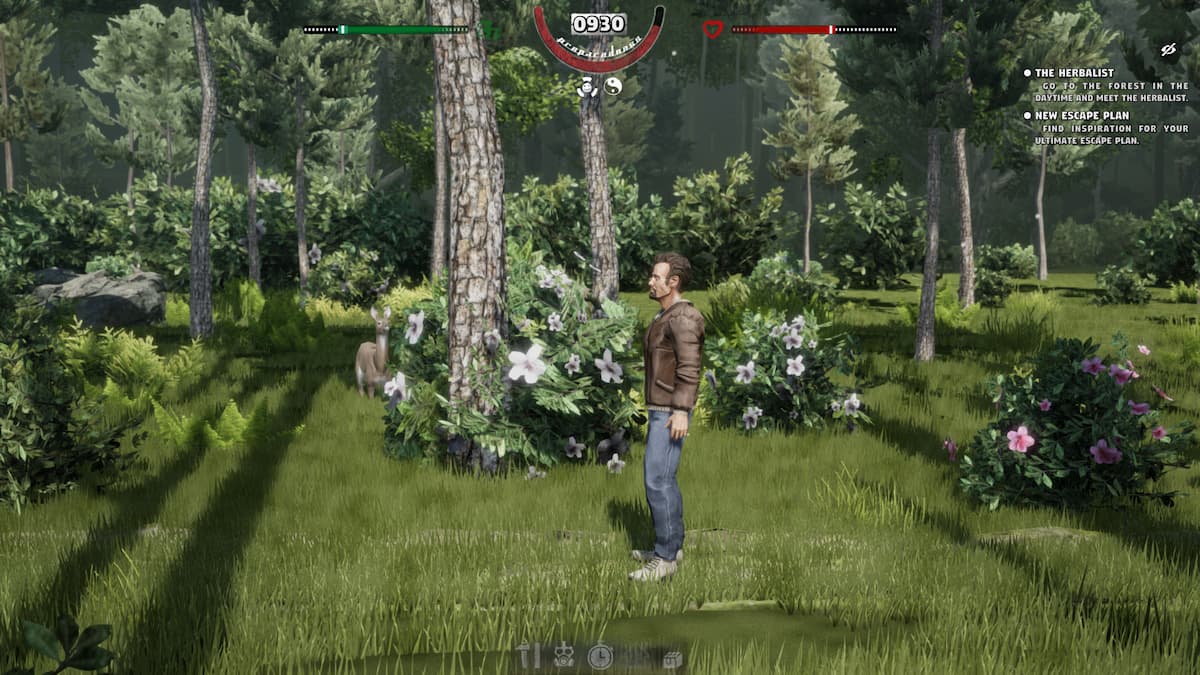 Once you’ve gotten the basics of your home bunker up and running, it’s time to head out into the woods of Mr. Prepper. This area takes things up a notch by introducing combat, but that also means you’ll have the opportunity to get tons of new loot. The early areas of the forest are pretty tame; you might even call them easy. However, things quickly pick up as you move to higher levels.

How does the forest work

The forest, like all of the biomes in Mr. Prepper, works on a tiered system. So, you’ll start on level 1-1 and can move along the paths to acquire new items. This can range from things like logs and blueberries to exciting new bait and traps. Eventually, the aim is to progress to higher levels as you acquire more gear. Doing so requires you to bring different items to the Ropeway Pillar, which lets you climb the ladder to the next level.

The first of these ropeways simply asks for a lever. You’ll find one of these at the final area of each level of the forest. Once you unlock the first one, subsequent ropeways will ask for even more materials. For example, the second requires both a lever and 15 pieces of metal.

What changes from level to level

The most noticeable change as you move deeper into the forest is that more powerful enemies start to pop up. At early levels, you’ll never run into anything that can hurt you, but once you get to level three, you’ll start to run into roving wolves. These aren’t too difficult to take down, but make sure to bring some food with you in case you need to heal.

On top of the new enemies, you’ll also start to get new types of resources. These include new fruits and veggies that you can take to The Herbalist for added benefits. Plus, each level provides new trapping opportunities which you can use to get more meat.

Finally, it’s worth noting that you’ll start to run into boss fights to get those much-desired levers. The first level gives it to you for free, but at level three, you should expect quite the fight. And it only gets harder from there.

The main thing to remember is that you’re going to want to repair those ropeways as quickly as possible. Doing so will give you access to better materials and more rewarding quests.