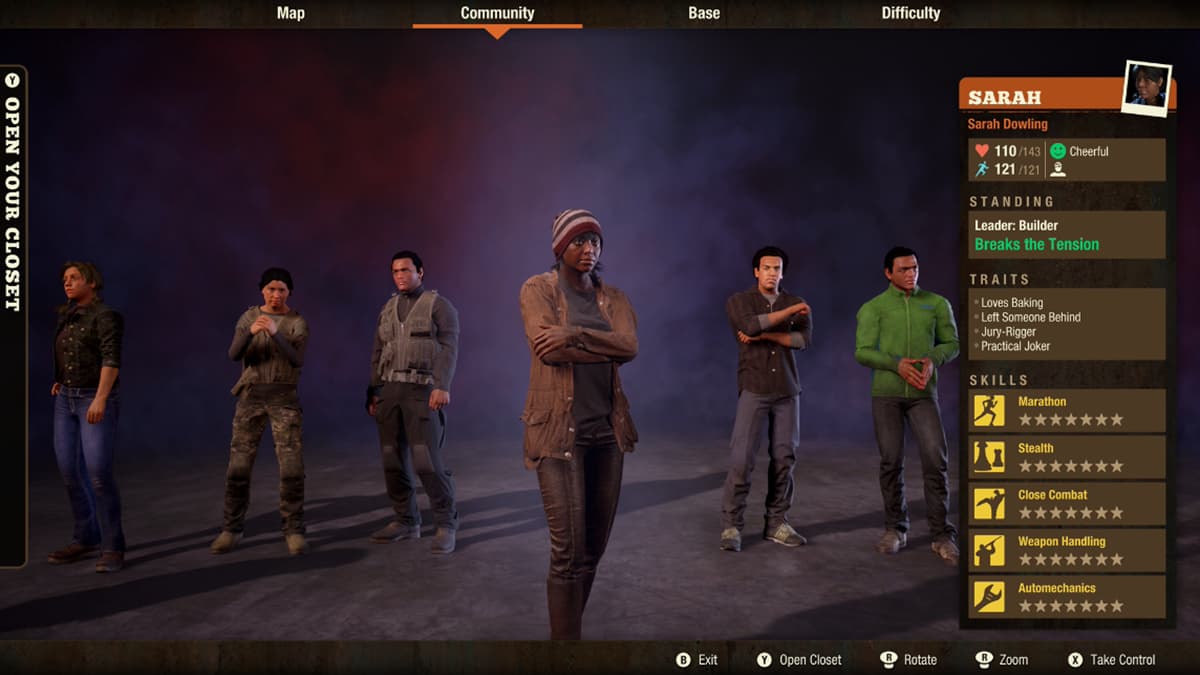 As you build your community and keep them alive in State of Decay 2, you will need to promote a leader eventually if you plan on completing the story in Campaign. Every character that becomes a part of your group will be eligible to become a leader, but only one can be at a time. Here is how to promote someone to a leader in State of Decay 2.

As stated above, anyone can eventually become a leader in State of Decay 2, but some work has to be done before that can happen. You will need to play as whoever you want to become the leader and earn influence among your community by killing hordes, killing plague hearts, delivering rucksacks, and completing missions. Eventually, they will become a Hero in the group. You can see who a hero is by looking at them in the Community tab and their standing.

After the person you want to become a leader has the hero standing, go to the Community tab and select the empty glowing area. This will allow you to promote anyone who is a hero to the leader. Before you choose someone, be sure to look at their standing to see what kind of leader they will be because this will dictate the story from now on. They can be a Builder, Trader, Sheriff, or Warlord.

Be sure you are serious about your leader choice. They will be stuck as the leader until you complete the story or have them removed permanently from your community by having them die or be exiled. You will lose them forever if those last two happen.