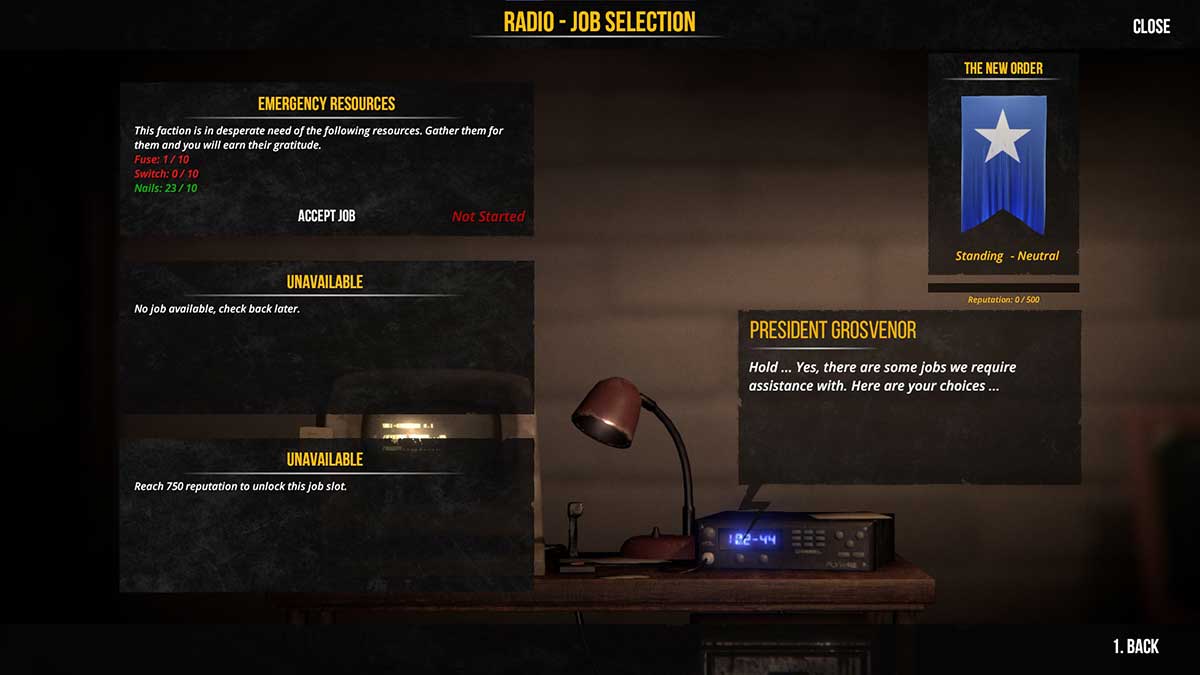 Factions are fickle in Sheltered 2. They might turn around and start a war with you if you put a toe out of place, but they won’t be friends with you unless you prove yourself to them. This guide covers how to build up faction reputation and pick up a few allies to help you battle against any opposition in the future.

How to raise faction reputation

To earn reputation with a faction, you need to complete jobs for them. You can do this by first contacting them on the radio to see what jobs they have for you to take. There will be up to three available jobs for a faction at any one time, varying from trading goods to providing support or even acting in a certain way towards another faction.

For example, a faction may request that you supply certain resources because it’s in desperate need of them. Likewise, a faction can ask you to behave a certain way towards its enemies. Actively fighting them or avoiding any trade with them. In these cases, you need to weigh up which faction you’d rather be allied with. While you can join with one faction and turn on them later, it likely won’t bode well for the future of your shelter.