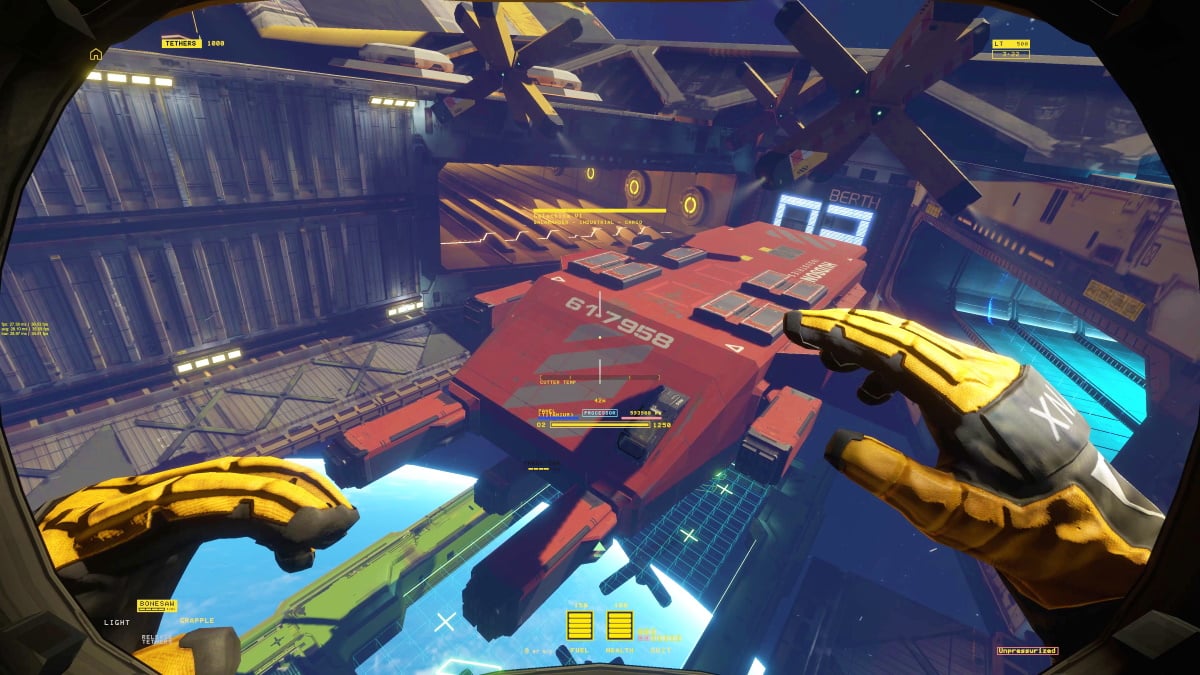 Cutting down ships and selling them for scrap and parts is how you make a living in Hardspace: Shipbreaker. The ships you have to breakdown won’t always be prominent. Most of the time, there’s a little bit of fuel left inside of the vessel. If you try to cut away at it before releasing the fuel, you can set off an explosion, doing damage do your work area and potentially killing your character, forcing your clone to clean up the mess you made.

You initially want to bring up your scanner to take a look around the ship to investigate all of the potential hot spots around you before you start cutting. However, most fuel tanks are not visible on your readout, and most of the time, you won’t see them. Instead, try looking for the red tanks yourself. A cutter’s basic helmet should be able to identify them, making them easy to spot, so don’t always rely on your scanner to give you the full story before you start cutting away at a ship.

When approaching a fuel tank, look for a red valve you can interact with. This should expel the fuel into space, rendering it harmless to you after a few seconds. Some of the fuel tanks, like the one above, won’t have any available. You’ll need to instead remove them from the ship and bring them away from the vessel. Your best solution is to try cutting the walls around it, locating the cutting points using your scanner. Bring the fuel tank far away from your work area, and turn it in at the barge.