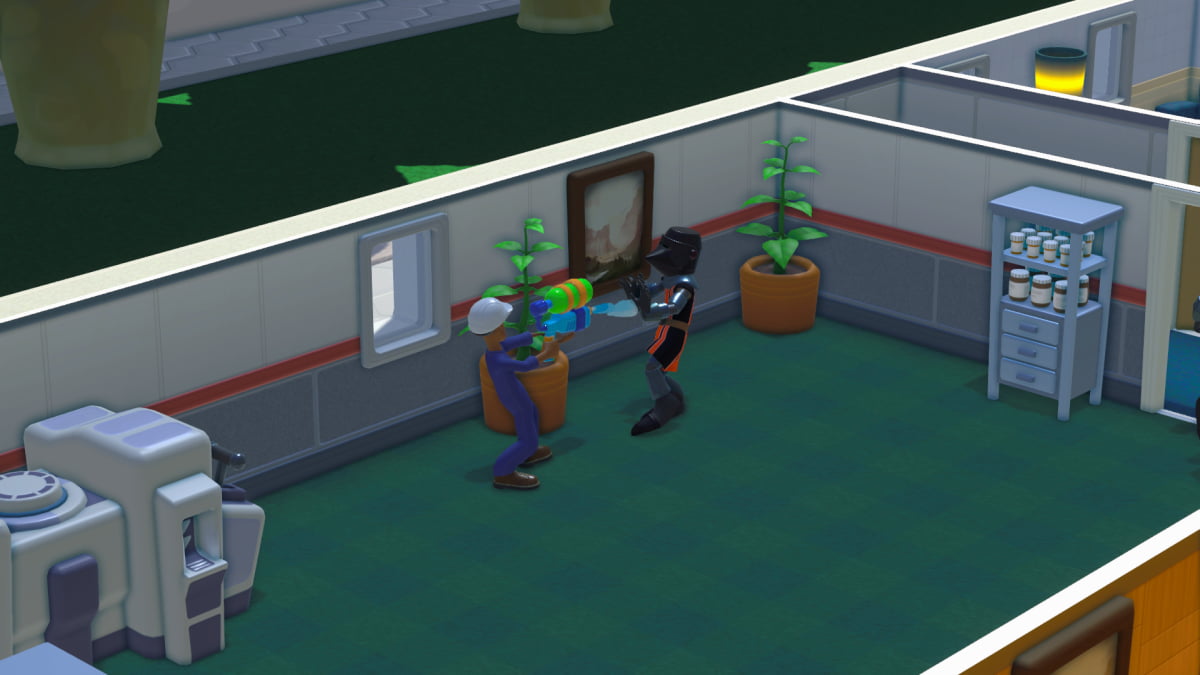 Multiple invaders may harass your campus and students in Two Point Campus, especially when your university becomes more successful. These students might play practical jokes or cause disruptions to your classes, which will lower the happiness of anyone trying to learn. They’re a real problem, and getting rid of them should be your top priority. Plus, you receive Kudosh points and money for doing it in a timely fashion. Here’s what you need to know about how to remove invaders from your campus in Two Point Campus.

How to get rid of invaders in Two Point Campus

The only way to remove invaders from your campus is to hire or train Janitors with the Security trait. The Security trait is a green shield on one of the three available train slots your Janitor staff members can have. You can hire Janitors with this stat already in place, or you can go out of your way to train your preferred staff with this trait. It only works on the Janitors.

Related: How to collect Bookworms in Two Point Campus

The higher your Janitor’s skill in Security, the easier it is for them to remove an invader. When the invaders appear, they will automatically go out of their way to chase them off campus. You cannot directly deal with these invaders outside of hiring Janitors with a strong Security skills or trading them in this talent. You’ll be able to watch your Janitors go out of their way to remove these individuals by using water guns. An invader will leave when they look defeated after being hit by a water gun. However, there’s a chance they won’t leave, and your Janitor team will need to chase them down.