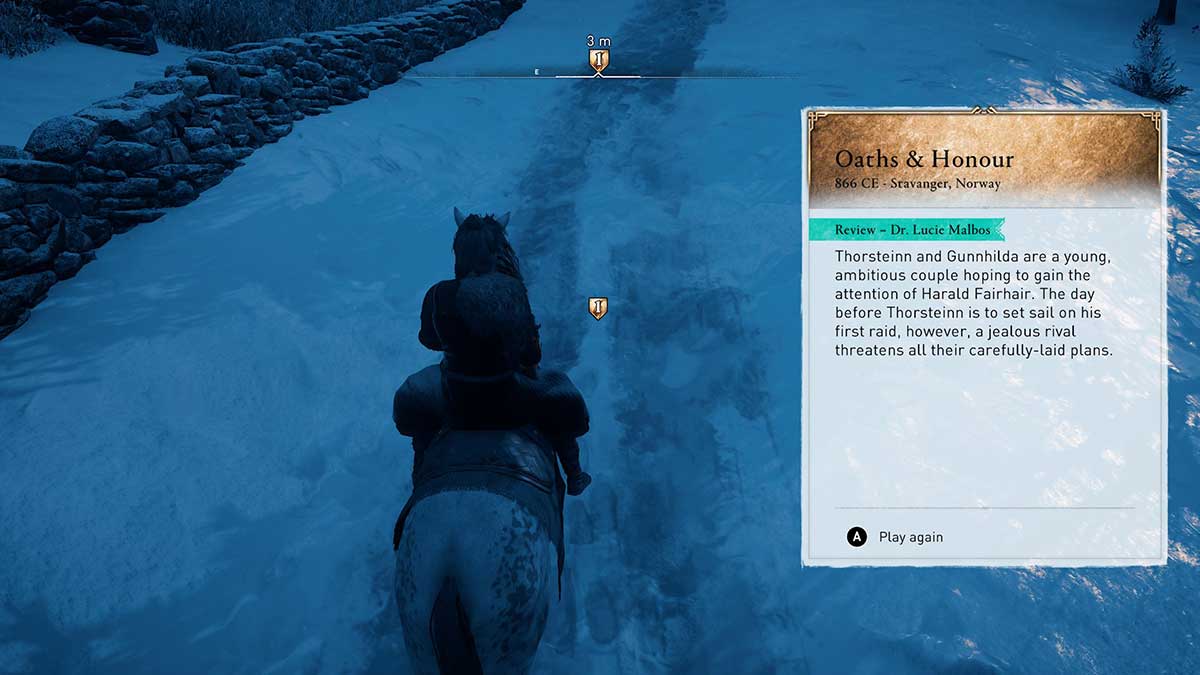 Assassin’s Creed Valhalla Discovery Tour: Viking Age is an adventure through time that allows you to experience the daily lives of those who lived during the base game’s time period. There are eight quests in total, each of which tells the story of a unique character with their own struggles in this world. However, once you’ve completed a quest, it feels like the story is gone forever. In this guide, we’ll explain how you can repeat quests in Assassin’s Creed Valhalla Discovery Tour: Viking Age.

How to repeat quests

There are two ways to repeat quests in Assassin’s Creed Valhalla Discovery Tour: Viking Age. The first is to open the main menu and navigate to the Quests heading. From this menu, you can select any of the quests you’ve already completed and choose to play them again. However, you’ll need to complete a quest once before you can repeat it.

The second way to repeat a quest is while you’re exploring its setting. This is when you can collect all the Behind the Scenes and Discoveries collectibles in free-roam mode, but you’ll also notice a marker on the map that looks like a shield with a number in it. This is the marker you need to go to if you want to repeat the area’s quest. Once again, you can only do this once you’ve completed the quest, so you’ll need to have done that at least once.