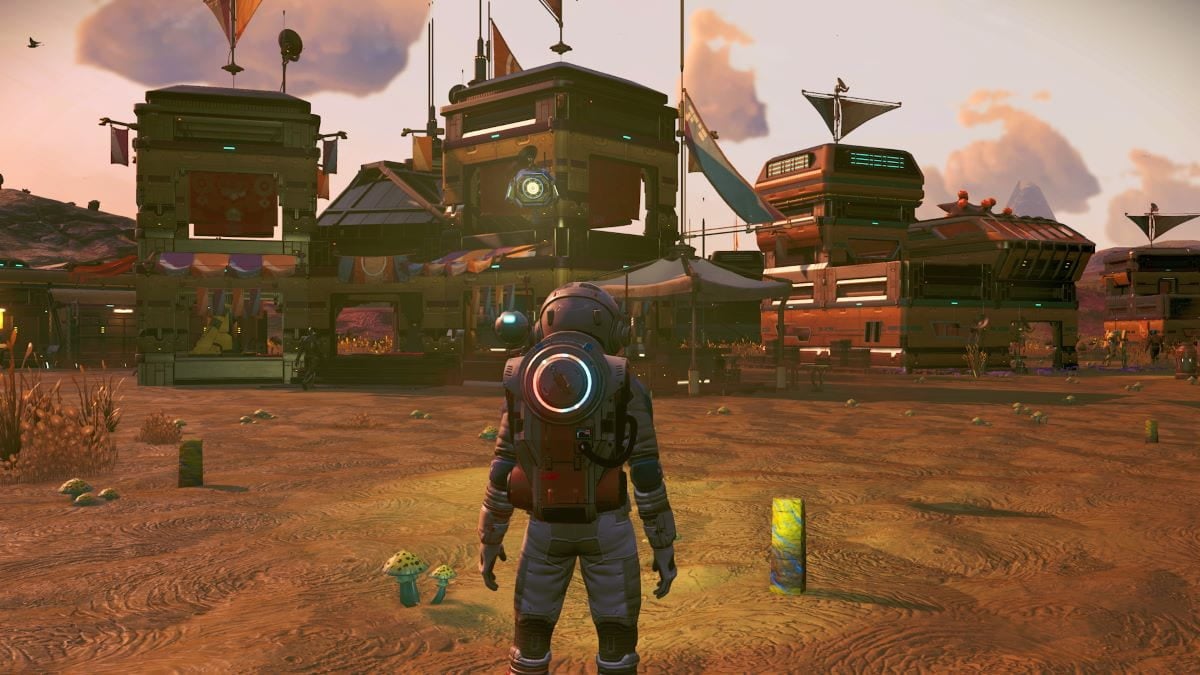 Settlements are a fun addition to the growing list of things you can do in No Man’s Sky, essentially giving you hands-on control over the growth of a small community. You can even build it into a prosperous and profitable town. You’ll be able to construct new buildings, solve citizen disputes and make key policy decisions about how to best develop the settlement ― with most starting out running at substantial losses, so you’ll have some work to do to turn things around.

Most habitable planets will have several settlements scattered across their surface, but you can only take charge of one at a time. The chances are you’ll stumble across a location (or its coordinates) through general play, but you can also pick up a Planetary Settlement Chart from any space station cartographer to help locate one nearby.

Upon arrival at the site, you’ll be directed to speak to one of the locals, which will then trigger a Sentinel attack, but most likely nothing you can’t handle without too much trouble. Now you’ve made a name for yourself, you can apply to become Overseer ― and with no one else in the running for the job, you’ll have your own small town to manage in no time. In the Overseer’s Office you’ll find a Settlement Administration Terminal (and a teleporter) where you can check in on the status of the settlement, and access the latest disputes or dilemmas facing the community.

The key figures that you’ll need to keep an eye on are productivity and costs. Initially, this will most likely add up to a deficit that’s only getting worse, and seeing as your ultimate goal is to make a profit, clear all debts, and then reap the benefits of a steady supply of resources, that should be your focus. Things like improving the population and your citizen’s happiness can also help, but the bottom line is to make the settlement produce more resources than it needs to operate. As for those final income rewards? Those resources will vary from one procedurally generated settlement to the next, so it might take a few tries to find the perfect production line for your needs.

There’s nothing too complicated about improving your settlement, but most actions will come with a timer (or a cooldown period afterward) which can be anything from 15 minutes to a couple of hours. Once in charge, your Overseer responsibilities will be added to your secondary mission list, and you’ll be alerted once one stage is completed or a new opportunity arises ― as well as being warned of any further Sentinel attacks you might want to fend off to keep your citizens less fearful, if not totally happy.

You’ll start by adding a few new buildings, which you’ll need to supply the materials for, so make sure you’ve got access to a decent collection of the usual construction items – and perhaps a trade terminal to help pick up anything you’re missing. The early buildings only need the basics to put together, but the shopping list will get more demanding as your settlement grows. It’s worth noting that you can’t build your own base features (including storage crates for easy access to your own stash of resources) within the settlement area, but once you get to a comfortable commute of around 250u out you should be fine. However, adding buildings to the town will add new features, such as the Marketplace coming with a built-in Galactic Trade Terminal.

You will occasionally be called upon to take action to resolve citizen disputes, welcome new arrivals, or make policy decisions to help shape the town’s development. These will involve two basic options but there can be a few tricky choices to make, such as whether to prioritize productivity over happiness, for example. You can’t really make a ‘wrong’ choice but your decisions may have an impact on how quickly you get to start turning a profit.

Your settlement should grow nicely over time, with regular return trips likely to blend into your wider day-to-day exploration to keep the upgrades and improvements ticking over. It can take a little while before you really start to reap the benefits, with the need to wait until your previously amassed debts are cleared for your hard work to finally pay off, but the journey is every bit as rewarding as the resources you’ll gather at the end.

Once you’re successfully piling up this healthy supply of new resources, if you feel like a change of scenery or want to rebuild another settlement, you can quit your current Overseer post (which requires a parting gift to the locals) and move on to a new spot ― but be warned that your previous settlement will be lost and you’ll be starting from scratch again, but the new resource rewards could be well worth it. 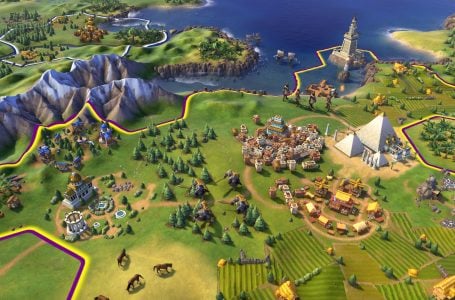