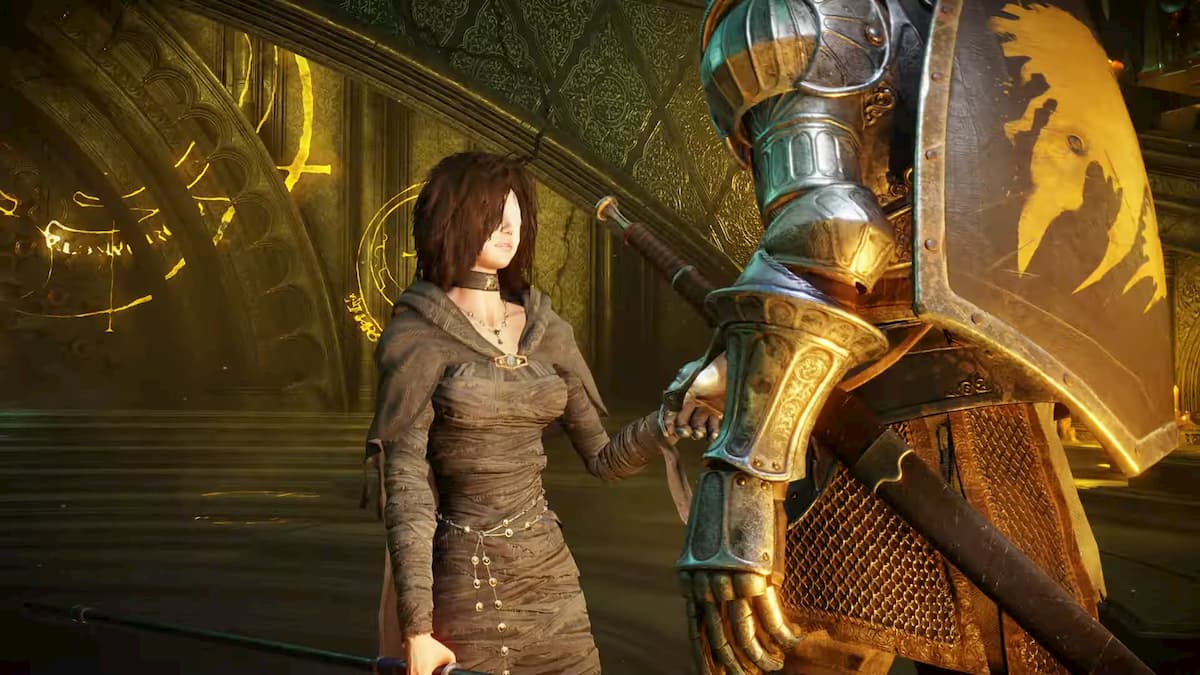 The kingdom of Boletaria is a dangerous place with demons and ghouls around every corner. But not everyone inhabiting the world is evil. A few special NPCs are friendly to the player, or somewhat friendly in Patches’ case. These NPCs can be saved and brought back to The Nexus, where they become useful merchants. This guide will walk you through where and how to save every NPC in Demon’s Souls.

Saint Urbain and Patches the Hyena

Patches is an incredibly useful merchant that will sell you Moon Grass and other valuable items. Most importantly, he sells useful arrows that are valuable at all stages of the game. And, Saint Urbain is extremely beneficial for Faith users as he can teach the player Elite Miracles.

Both of these NPCs are rescued from the same place, World 4-2. At the very start of the level, travel down to the bottom of the temple. Move the tomb to open the door in front of you. But instead of running straight through the door, turn around and search the room behind you. Here you will see Patches and a giant pit. He will tell you to jump into the pit.

When approaching the pit, a cutscene will start, and you will be kicked in. Once in the pit, you will see Saint Urbain trapped down there. Talk to him to have him return to The Nexus.

Return to the surface and talk with Patches to make him join you in The Nexus. If you have killed Patches previously in World 2-2, you can still go down the pit and find Saint Urbain.

Sage Freke can teach the player Elite Spells and even allow you to craft boss spells with your souls. He’s a must-have for any spellcaster. To find Sage Freke, head over and grab the Warden Key at the end of the Ballista hallway on the first floor of World 3-1.

Continue to the end of World 3-1 and take the spiraling staircase immediately before the boss. Run to the end of the hallway, use your Warden Key, and pick up the Prisoner of Hope, Special Key. Now turn around and unlock Sage Freke’s cell.

Yuria is another NPC that is capable of teaching the player elite spells. She specializes in superior dark magic spells.

Yuri is the hardest NPC to save. Doing so requires you to complete multiple steps and do some backtracking. At the end of 1-3, a Fat Minister will lock a gate. Kill him to get a key. Head back to the Tower Knight Archstone and go to your right and unlock a wooden door to get to the second key.

Now that you have the key required, you need a disguise to get past the guards:

Equip the disguise and go to the corner metal door outside the Inner Ward Archstone. Follow the road and travel up the tower to Yuria. Kill the guard and remove your disguise to speak to Yuria. She will now join you in The Nexus.