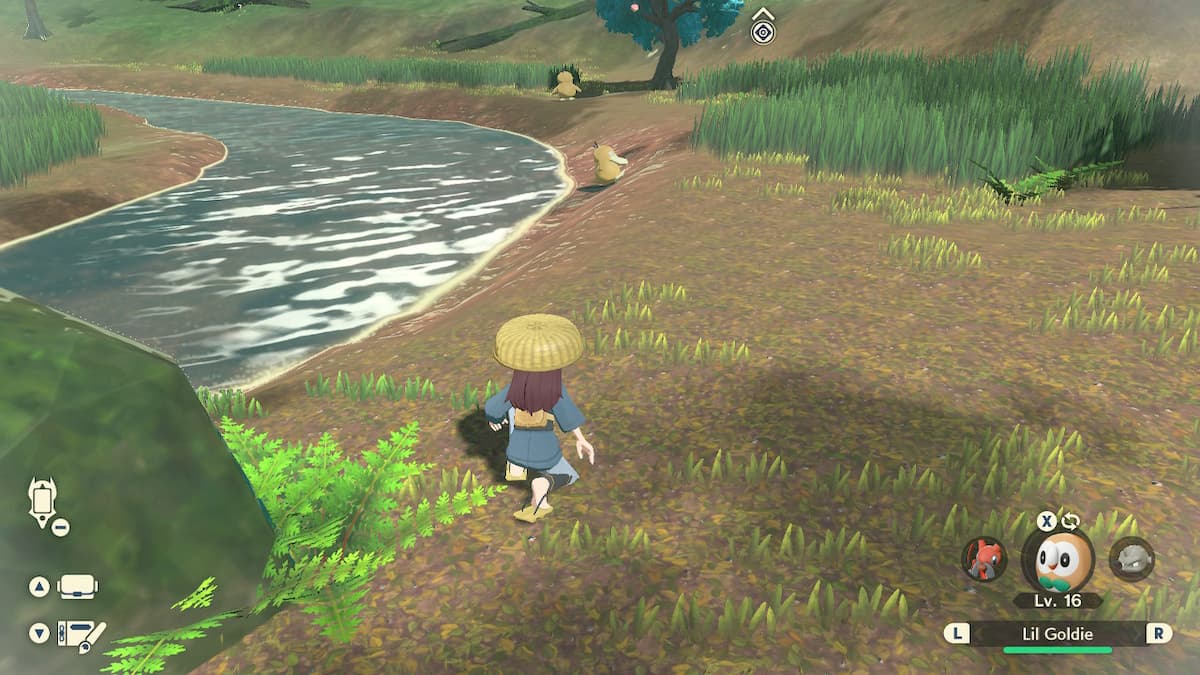 Pokémon Legends: Arceus is a game which doesn’t hold the player’s hand as tightly as previous Pokémon installments. Players will find themselves asking questions about several key actions or mechanics, which they will have to figure out as they go along. “How do I catch this Ponyta?” “How do I check my requests?” And, most fundamentally of all, “How do I save my game?”

After the game’s introductory section is over, Pokémon Legends: Arceus allows the player to save at any time you’re not in the midst of a battle or other confrontation with Pokémon. Simply go to your satchel by pressing the up arrow button on the left joycon. Then, use ZL / ZR to toggle through the menu until you get to your character card, which shows your character’s photo and their rank in the Survey Corps. From there, simply press A to save your progress.

Pokémon Legends: Arceus also has an autosave function which will be triggered after actions like exiting a building. However, the autosave function doesn’t always trigger frequently, and you could lose some key catches in the wilds of Hisui if you rely heavily on it. So make sure to rely on the manual save.