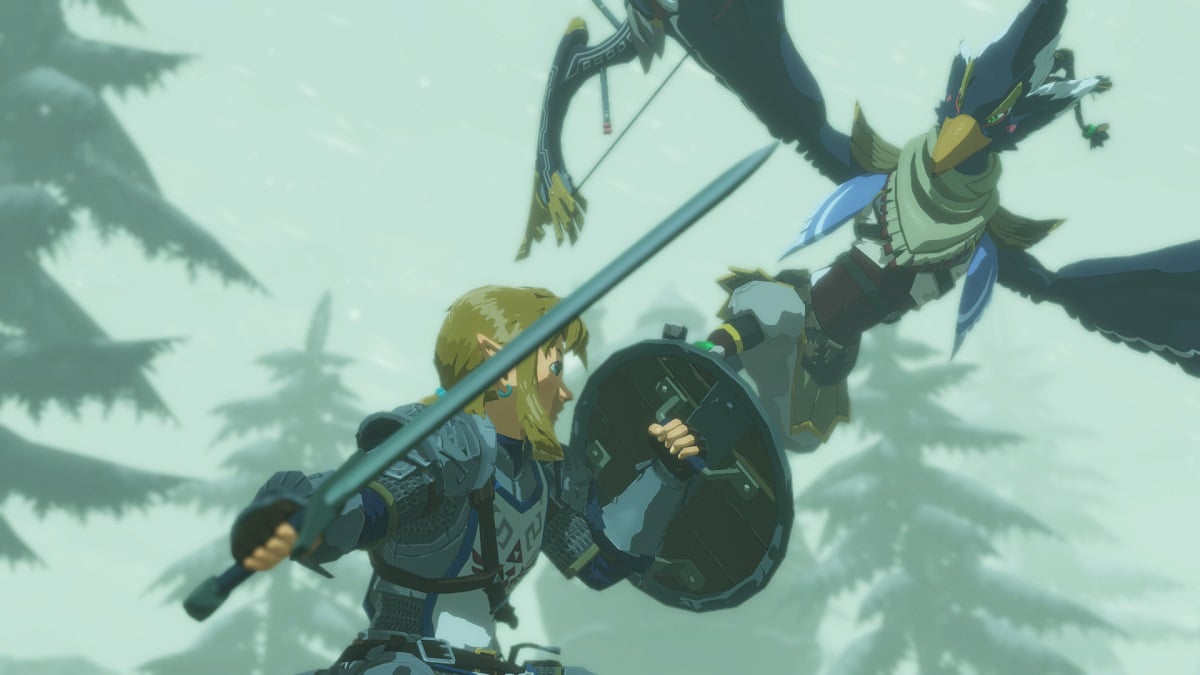 Shield surfing is a great tactic in Hyrule Warriors: Age of Calamity, and it looks great as well. You can slide around on your shield, using it as a way to chain together combos and damage enemies in combat, or just quickly traverse the world if you are in a hurry.

The use the technique when you are traveling through the game, hit the X button while you are running. Press any direction on the left thumbstick to move, and after a second Link will start to run. Hitting X will cause him to throw down his shield and surf along on top of it. It is much faster than running, and is a great way to get around.

In combat, you can use Shield Surfing as part of a combination of attacks. Hitting Y, Y and then X will do two light slashes, and then Link will throw down his shield, jumping on top of it and barreling forward into groups of enemies, dealing damage and knocking them over. It’s good to clear space in a crowded fight, but doesn’t exactly do huge damage.

While it may not outright kill targets, it is a fantastic way to clear smaller enemies out of the way if you need to focus on a bigger threat, cutting out the need to dodge all those lesser attacks while you deal with a large caster or Moblin.