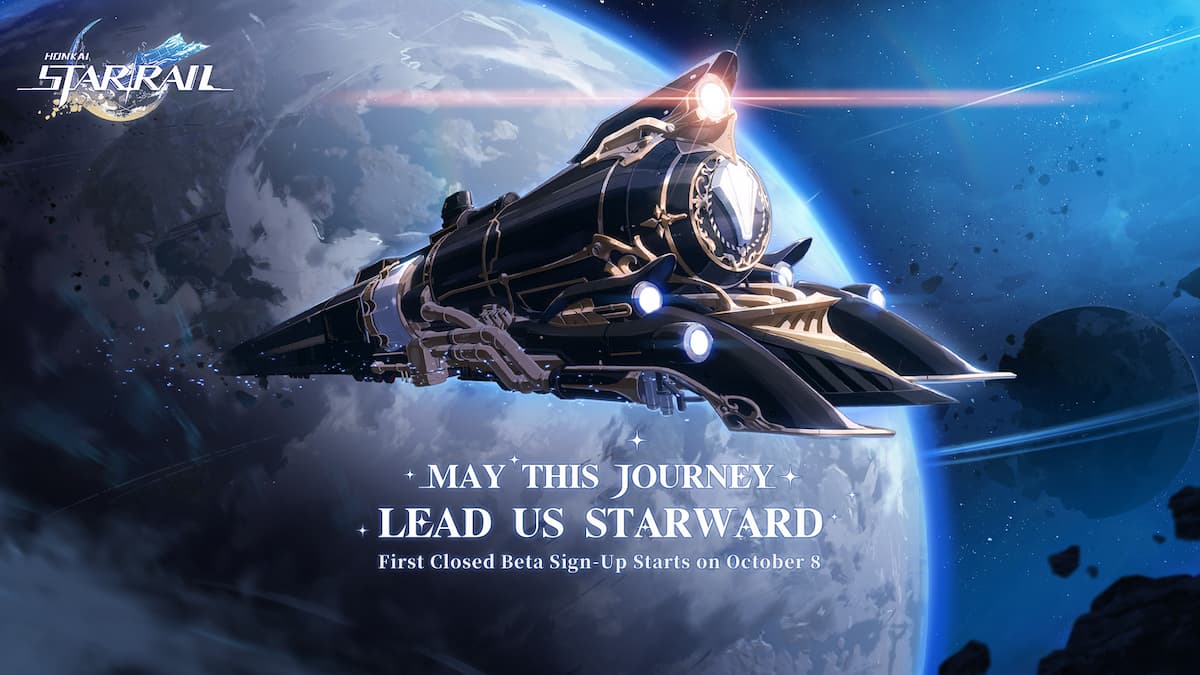 miHoYo is bringing us another anime-inspired game in the form of Honkai: Star Rail, and you can sign up for the closed beta soon. miHoYo is well known for its anime-inspired outings in Genshin Impact and Honkai Impact, and the team is looking to expand its anime universe with another Honkai Impact title.

Honkai: Star Rail will be a spin-off/sequel to Honkai Impact 3, the previous Honkai Impact game in miHoYo’s library. A preview of the game’s trailer was posted on the Twitter account @ZangBerries, showing off some of the anime visuals we can expect to see in-game.

Additionally, miHoYo is preparing its social media for the game, with an official Honkai: Star Rail Twitter account going live recently. Here, miHoYo announced the date where you can sign up for the closed beta.

When does the Honkai Star Rail closed beta start?

Sign-ups for the game’s closed beta will begin on October 8. This will be for the game’s first closed beta, and the team will likely have more in the future. Platforms for the game have not been revealed yet, but Honkai: Star Rail will most likely be made available for PC and mobile platforms.

There isn’t much information right now aside from the date of the closed beta period. Honkai: Star Rail’s social media channels are now live, so you can follow those pages for any updates regarding the closed beta.

With Genshin Impact’s closed beta, the process was as simple as visiting the official website and signing up that way. Only registered users were able to participate. It’s likely Honkai: Star Rail will go the same route with closed beta sign-ups, so if you want a spot, get ready to sign-up tomorrow through its official website.

As of 10/8, you can visit this link to sign-up for the closed beta.