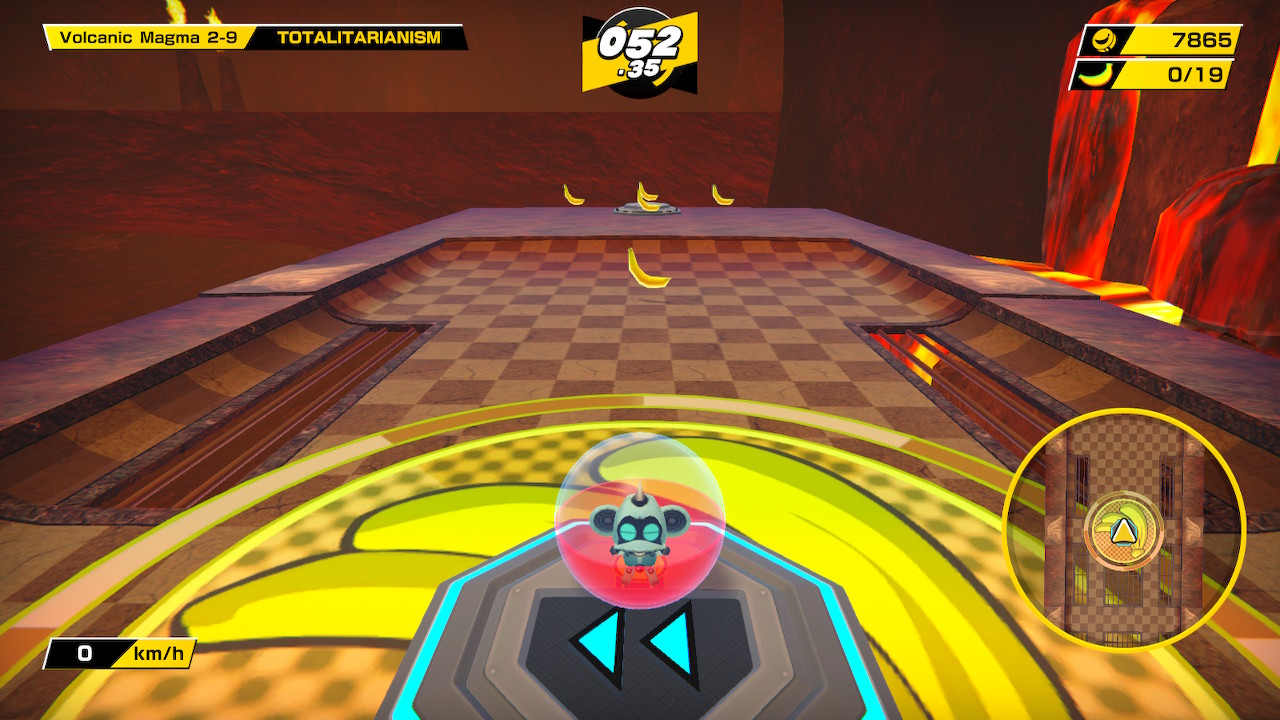 Few franchises walk (or, rather, roll) the line between “delightful” and “infuriating” as delicately as Super Monkey Ball. Even relatively early on in the main game, quite a few stages in Super Monkey Ball: Banana Mania seem shockingly difficult. Fortunately, many of these stages have switches. And if they have switches, that means there’s almost certainly a second switch nearby that allows you to slow the entire stage down.

The first example of this in Super Monkey Ball: Banana Mania is 2-9, which is fascinatingly called “Totalitarianism.” The level begins with your character getting dropped right on top of a switch that animates the stage’s intimidating central mechanics. But if you travel back, away from the goal, you’ll notice there is a small piece of land behind you. This small stretch isn’t immediately obvious because of the game’s camera angles, and because the game so clearly beckons you forward. Who would think there’s anything important behind you?

But usually, there will be a second switch in this stretch behind the start point. If you press it, the mechanics will slow down significantly, making the stage easier to cross. Just make sure you don’t re-press the first switch on your way back, because that will only re-trigger the faster mechanics.

Most stages with an initial switch will have this second switch. Another early-game level where this method works is 3-4, Dribbles. Unfortunately, if you don’t drop onto a switch, like in the near-impossible 3-2, Reversible Gear, that’s a sign that you just have to work with the stage as is. Fortunately, the game lets you skip stages, too.