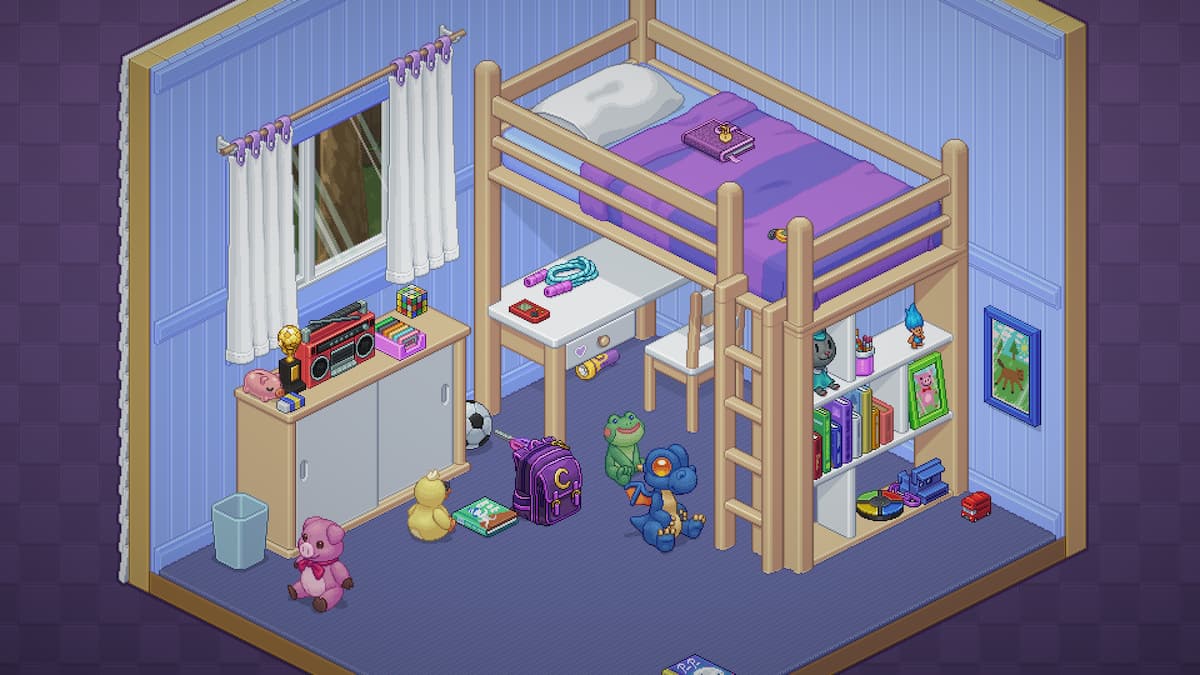 The Solve a Puzzle achievement in Unpacking is awarded for solving the Rubik’s Cube. The description gives you enough to go on, but all the game’s achievements are hidden, meaning you could play the entire game without knowing about it. Now that you know it exists, our guide will help you solve the cube puzzle.

The Solve a Puzzle achievement can be unlocked in 1994, Unpacking’s first level. The Rubik’s Cube in question is found in the box stacked on top of another box. Just unpack it until the Rubik’s Cube is in your possession.

Now that you have the Rubik’s Cube, all you need to do is press the B button on an Xbox controller, which is assigned to rotating objects. Usually, this function reorients the various items in the protagonist’s room, but here it solves the Rubik’s Cube. There is no actual puzzle solving on your end if you were worried about that. With each rotation, the protagonist gets closer to solving the cube. Keep pressing the rotation button until all sides are the same color and that’s the Solve a Puzzle achievement under your belt. Doing this also unlocks the brain sticker for use in the game’s photo mode.