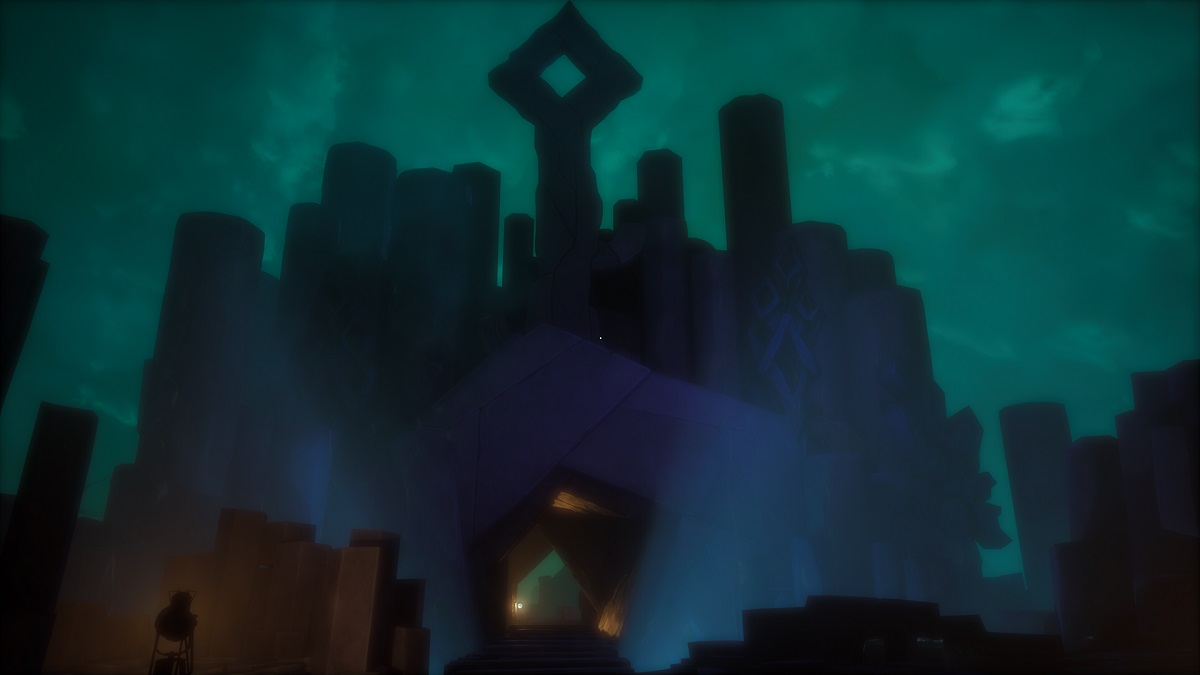 The tidal organ puzzle is one of the lengthier puzzles to solve in Call of the Sea. It requires you to complete the black ooze frequency test first, so solve that puzzle before you tackle this one.

After completing that test and turning the lights back on at the campsite, take the path next to the Lady Shannon shipwreck. Climb the stairs to your right. Look left at the top to see the imposing tidal organ. Go through the passageway that cuts through it. You will see an open pit, a stone object behind it, and a table to your right. Head to the stone tablet first and interact with it to flip it over.

You will see a pipe system that has black ooze flowing through the fourth and sixth pipes. Each of the seven pipes has a symbol, so make a note of these for later. Head over to the table and read the note on how to open and close the organ’s pipes.

From the table, head down the staircase to your right. Walk until you reach a dead end. Look at the sea level indicator in front of you to draw it in your journal.

Head back to the campsite. Take a left and head into the campsite behind it. Go into the tent on your right. You will see a slide projector that you can operate if you have turned the power back on. Turn it on and flick through the slides until you see one with the same symbol as the current sea level indicator. Walk up to the slide’s projection to draw it in your journal.

Turn around and look at the table to the right of the projector. Note the small keyboard and the box next to it.

Grab the note from the box, which has the same symbols you saw on the slide and the stone tablet. Each symbol corresponds to a particular key on the instrument. Press those keys to generate three-digit frequency numbers.

Look at the other page. The corresponding sea level indicator swaps those symbols, which are on the top row, to different ones underneath the arrow. Using the symbols above, you should now have the split left-to-right diamond, the solitary diamond, and the two diamond symbols. Locate these organ pipes and open their valves. Close the valves on the other four pipes. You will find one of the pipe valves on the right-hand wall of the passageway you walk through to get to the organ, two on either side of the pit, and one each down the two staircases that are either side of the stone tablet.

The stone tablet should look like the image above. The first, second, and fifth pipes should have black ooze flowing through them, and the others should be blocked.

Turn around and close the pit by turning the dial twice. Press the button on the stone tablet to activate the organ. You will unlock the Seaside Serenade achievement for your troubles before solving one final easy section to complete chapter three.