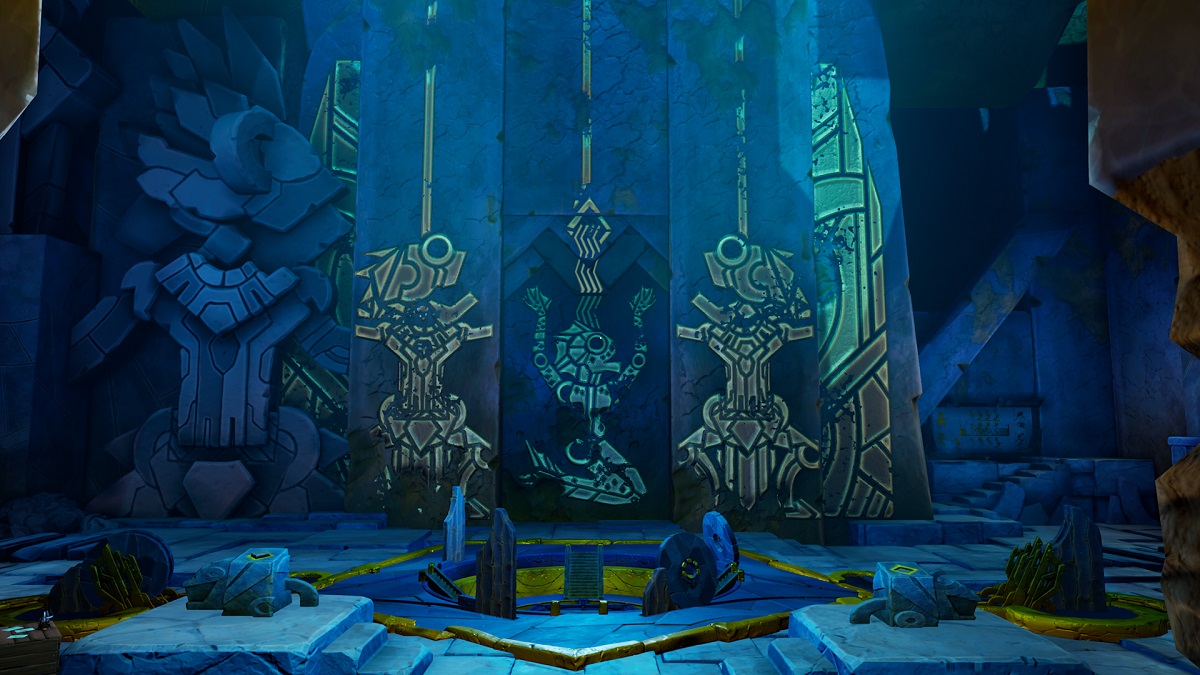 The constellation door puzzle in Call of the Sea chapter six is the penultimate conundrum to solve. Completing it grants you access to the sanctuary and the game’s ending, but it can be challenging to work out what needs to be done to find a solution.

You come across the puzzle once you gain access to the temple. However, before you head inside, walk across the beach to a small camp on the right. Interact with the stone machine in the image above to receive a constellation tattoo. It is important for the puzzle.

There are doors with constellations on them in the room’s four corners. Interact with them to draw them in your journal. Next, walk over to a wooden crate with three paper notes on it and jot them down, and do likewise with the starry eye symbol in front of the small pit. Walk into the pit and interact with the symbol on the floor. Finally, approach the two stone heads on either side of the sunken floor. Push the button on them to release the circular stones.

Interact with any of the circular stones. There are five buttons with different symbols on them and a viewpoint that looks onto the sunken floor. One of the buttons, which emits a blue glow, is the same design as the hand symbol you received outside. Go and stand on the starry eye floor symbol. To explain each step as clearly as possible from now on, we will refer to each circular stone as front left, back left, front right, and back right.

Head back to the main room. All five buttons will be lit up. Push the first button on the back left stone, third button on back right, fourth button on front right, and fifth button on front left. This opens the sanctuary door and leads to the game’s finale.