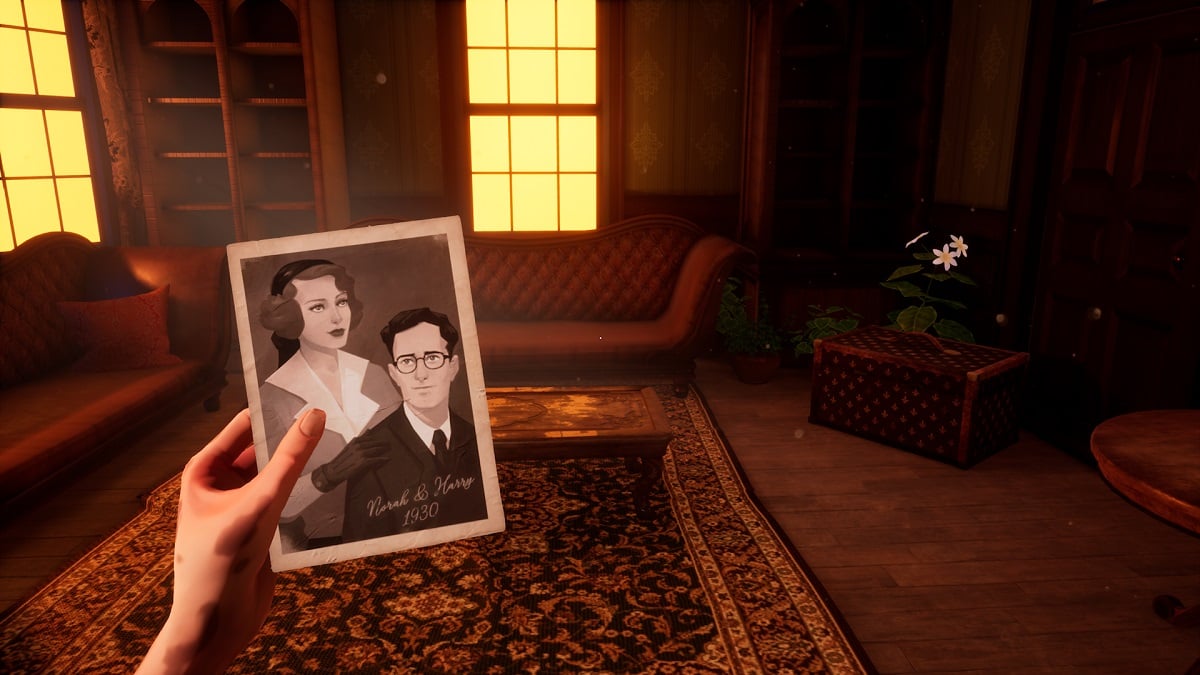 Call of the Sea’s big twist comes during its end game, and you may wonder if a choice you must make has any bearing on how Out of the Blue’s puzzle adventure game ends.

There are story spoilers from this point on so, if you have accidentally clicked on this article and don’t want its ending ruined, turn back before the image below.

After you gain entry to the sanctuary, you find out that Harry has faked his own death and traveled to Tahiti. As it turns out, the mysterious package that you received at the start of the game was not sent by an anonymous individual. It was sent by Harry himself to force you to come to the island. Given that Harry swore he would never lie to you — and he has here — you will feel that you have been betrayed.

That leaves you with a big choice to make when you enter the imaginary world of your home in Englewood. There are two doors that will give you a different ending to the game. One sees you leave Harry, return to the ocean as a so-called water animal, and lose your free will to the Ichor. Meanwhile, the other has you stay with Harry, live out your remaining years freely, but eventually succumb to your ‘illness’ and die.

You might be wondering which one you should pick. They could be viewed as bad or good endings respectively, if that is how you interpret them, and you might think that each choice will give you a different ending cutscene.

As it happens, it doesn’t matter which option you pick. Both choices end with Harry alone, in his University of Denver office, wondering if he made the right decision in enticing you to the island. There are a couple of subtle differences that occur during the end credits, where Harry and Norah sing ‘Dear Old Pal of Mine’ together, but nothing that substantially changes how your playthrough is brought to a close.

You unlock The Only Thing I Have Now achievement for completing Call of the Sea, which you get from either ending, but there are no major differences based on what ending you choose.