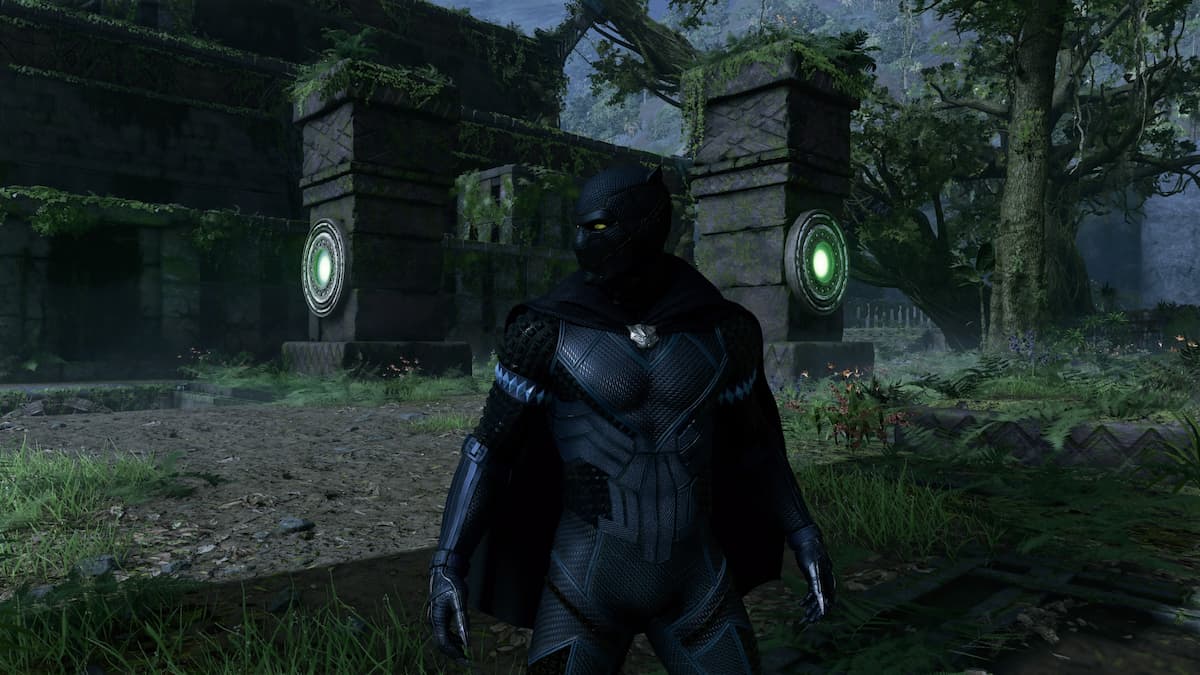 In the Marvel’s Avengers: War for Wakanda campaign mission titled Blood Feud, there is a race to get to Shuri before the villainous Ulysses Klaue can double-cross her. You need to traverse to Azzuri’s Temple to find Klaue, but unfortunately, he has sabotaged the front entrance. But T’Challa being T’Challa, there is a secret entrance to get through the back. The puzzle in the Warrior’s Test segment of Blood Feud is easier than it looks, and you can complete it pretty quickly.

First, run to the back of the temple and note that there are four pressure pads, roughly forming the shape of a square. The puzzle is simple: stand on a pressure pad and a pillar will rise, and that pillar will have a yellow circular switch you must hit with a projectile to turn blue.

The first trick here is that you can only bring up one pillar at a time — if you keep hitting the pressure pads to try to get multiple pillars up, the ones you raised up first will go back down. It’s understandable that anyone would make this mistake at first, because the other trick is that these circular switches are on the other side of these pillars, out of your view from the pressure pad you used to activate it.

Hence, what you should do is stand on a pressure pad, look a which pillar rose up — probably one all the way across from you — and quickly sprint to the other side to throw a projectile at the switch. Do this four times with each pad and pillar, keeping speed in mind and never hitting another pressure pad until you’ve activated the previous pillar. Do this quickly, and the switches will turn green, and the secret back entrance to the temple will open.