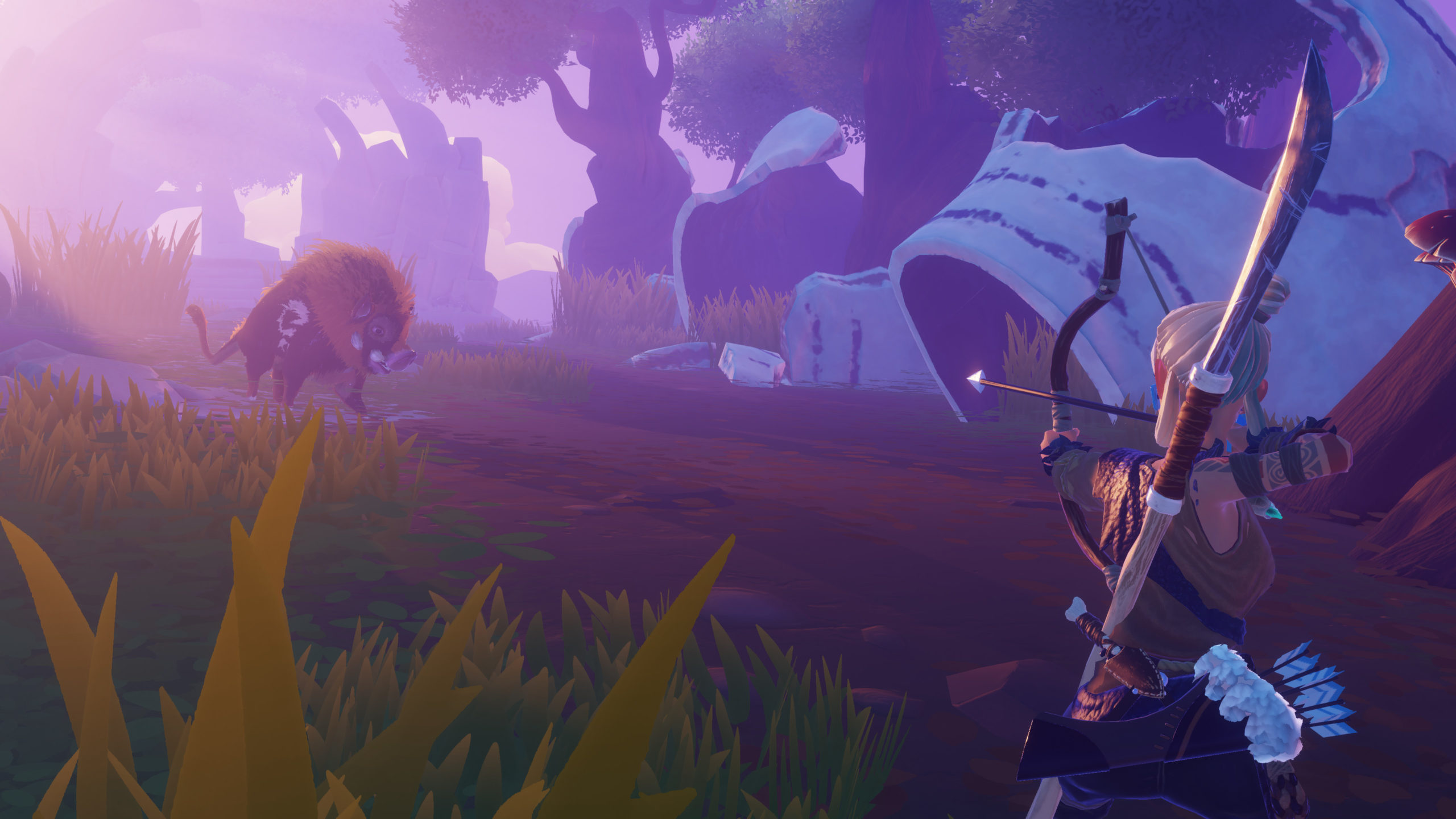 Kara can make use of several weapons in Windbound. These weapons make hunting and fighting creatures much easier than the standard knife she starts with. You may need to switch from a ranged weapon to your melee one, or vice versa if a creature attempts to run away from you. It can also make fighting a much larger creature as they dash around you, or you need to change up your tactics.

When you’re ready to change your weapon time around you slows down in-game. For those using a gamepad, press the right directional pad on your controller. If you’re using a mouse and keyboard, hit the 1 key to bring up your weapons. You should see all of the available weapons Kara can wield, such as her various ranged choices to her knife, and any spears she has. Choose the weapon you want to use, and Kara will switch her current selection to the new one.

It’s handy to switch what weapons you’re using in the middle of combat. Most of the creatures you encounter are likely to rush you, and if you dodge at the right time, you might be able to pull your bow to hit them with a few well-placed shots. When they get closer to you, going back to your melee weapon prepares you for their next attack.