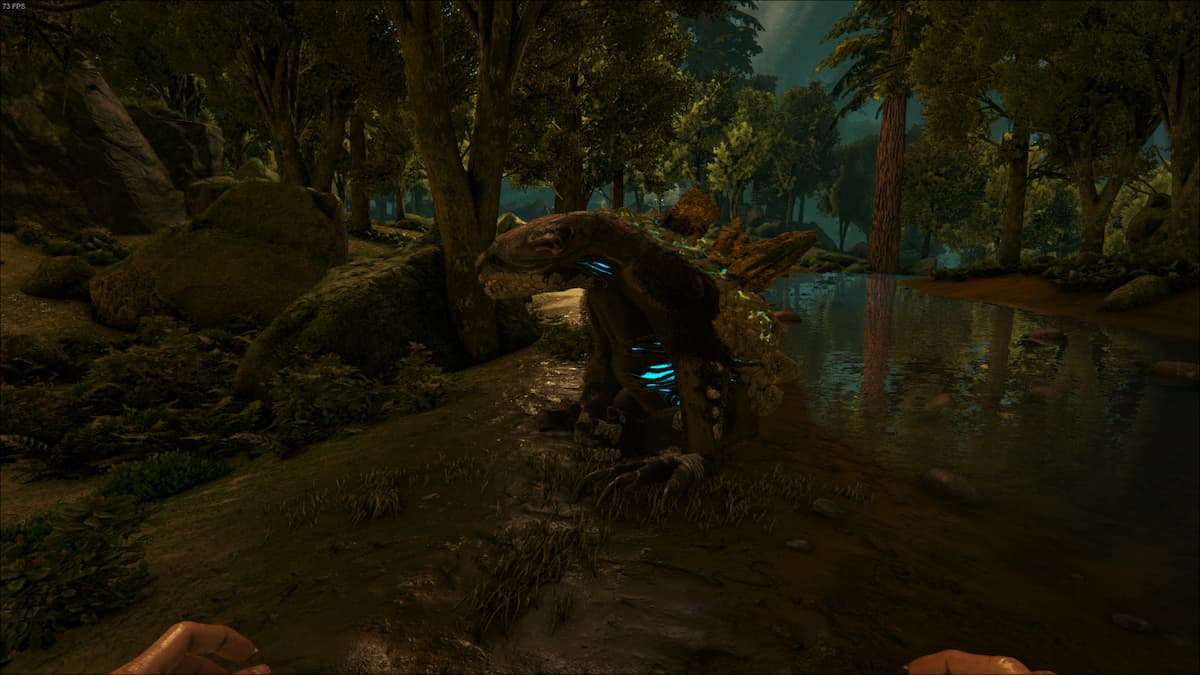 In Ark: Survival Evolved, it’s pretty easy to find a ton of creatures that have a lot of uses for you and your tribe. From collecting resources to turning the tide of battle in your favor, a good creature is a must-have. The Gacha, as oddly cute and unassuming as it looks, is one of those creatures that you really can’t afford not to have if you’re building up your base. Not only is it quite simple to tame, but it’s also vital for making sure that you aren’t spending all of your time hunting down resources that the Gacha can generate passively through its crystals. In this guide, we’ll explain why a Gacha is helpful and how to tame them.

Why you should tame a Gacha in Ark: Survival Evolved

The Gacha is a walking recycler. Placing various items into its inventory will result in the Gacha consuming them for food. In return for these dubiously tasty snacks, the Gacha will grow crystals on its back, which after some time will drop and can then be cracked in your inventory. The type of resource you can obtain from the Gacha varies by the selection you’ve made from their interaction wheel. Ideally, you’ll want to select the material that you find the hardest to obtain, such as Black Pearls or Oil. The type of production also varies from Gacha to Gacha, so you’ll have to tame multiple sometimes to get the resources you’d want. Make sure you’re only keeping one pair of Gachas of the opposite sex within 14 foundations of each other, or they won’t eat and will become sad.

How to tame the Gacha in Ark: Survival Evolved

The Gacha is a passive tame, which means that if you knock it unconscious and then try to tame it, you won’t succeed at all. To tame the Gacha, you must drop food from your inventory at its feet and wait for it to eat. The good news is that a Gacha is not a picky eater at all, meaning you can throw literally any resource or food item at its feet, and it will start to tame. However, if you’re looking for the perfect tame, and you should be, you’ll want to offer this giant crystal-growing sloth either Element or Snow Owl Pellets. Snow Owls drop Snow Owl Pellets as an alternative to regular Feces in Ark, and the Gacha loves it, making this a cheaper option than feeding it Element.

The Gacha can be found on the following maps:

Once it has been tamed it will eat anything, but the higher returns come from items like Plant Species Y, Snow Owl Pellets, Electrical Wires, or anything that you can craft for cheap amounts, or obtain easily. War Maps are also a great option.