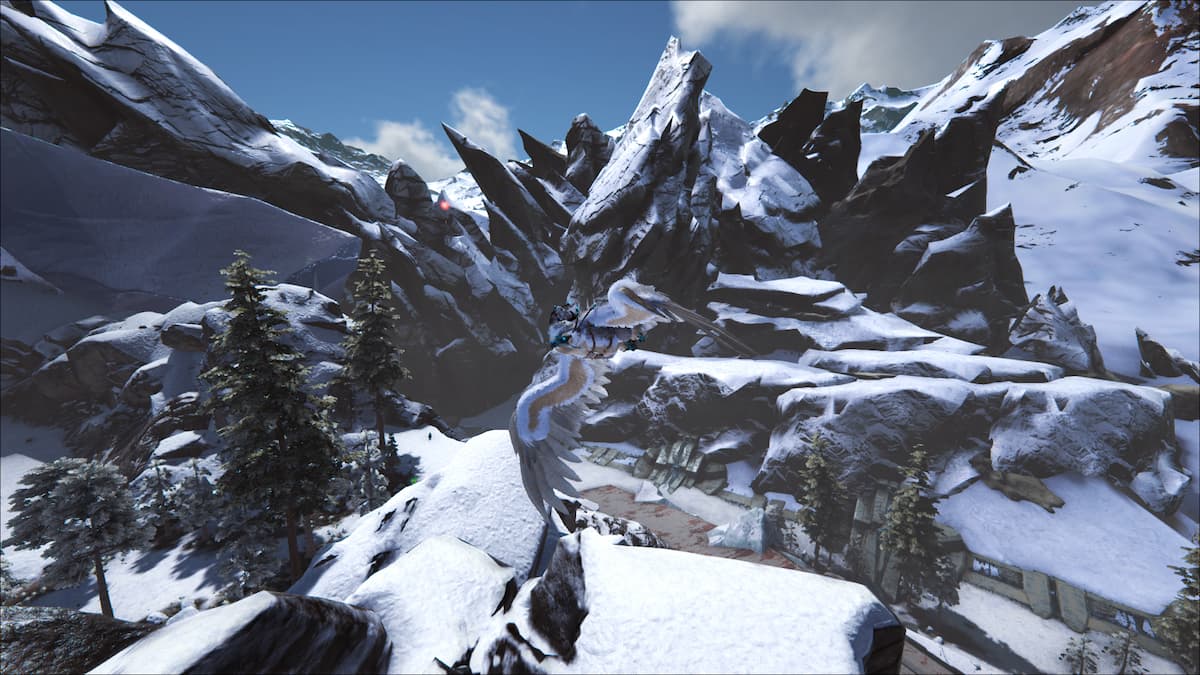 What the Snow Owl does in Ark: Survival Evolved

The Snow Owl is a creature that has many uses, but primarily it is used for its ability to freeze, heal, and slow. The Snow Owl performs a diving attack, similar to that of the Griffin when pressing your Sprint key and looking down. Once it impacts the ground, it will release an AoE that will slow those in its range. The Snow Owl’s dive is also excellent for getting through turret walls with small gaps as its hitbox becomes quite small.

The Snow Owl is also an upgraded version of the Daeodon, meaning it can heal. By holding in its alternate fire you will Encapsulate yourself as well as anyone nearby, freezing and healing them over time. The duration you can heal for is determined by the amount of Stamina your Snow Owl has. Once the Snow Owl’s Stamina has been depleted it will also create Snow Owl Pellets which you can feed to your Gachas.

The Snow Owl also has an Infrared sight ability that allows you to see well in the dark, and identify enemy structures or players within a certain radius.

Where to find the Snow Owl and what you’ll need to tame it in Ark: Survival Evolved

The Snow Owl was first introduced on the Extinction map, but that’s not the only location you can find it. It’s also found on the following maps in mountainous and snowy areas:

The Snow Owl requires a few things to be tamed easily and without hassle. While they’re not difficult to obtain, if you don’t have the items or the Genesis Part 2 expansion they came with, you’ll have a more difficult time taming. You’ll need the following items:

How to tame a Snow Owl in Ark: Survival Evolved

There are two methods to taming the Snow Owl. First, you can use the 3x Dinosaur Gates and form a neat row, with enough space between the gates that you can run out. Place a door in each gate, and ensure the last one is closed and the first one is open. From there, you’ll need to lure your Snow Owl closer. As they naturally become aggressive, you shouldn’t have any issues at all. Lead them to the trap entrance and slip out between the spaces when they’re inside. You must then rush around and close the gate on them so they cannot escape.

Alternatively, you can pin them down with the Net Gun and try to tame them from there. Remember to stop shooting once they’ve dropped unconscious, or you’ll ruin your perfect tame. Once they’ve been knocked out, place the taming food in their inventory and wait for them to eat.