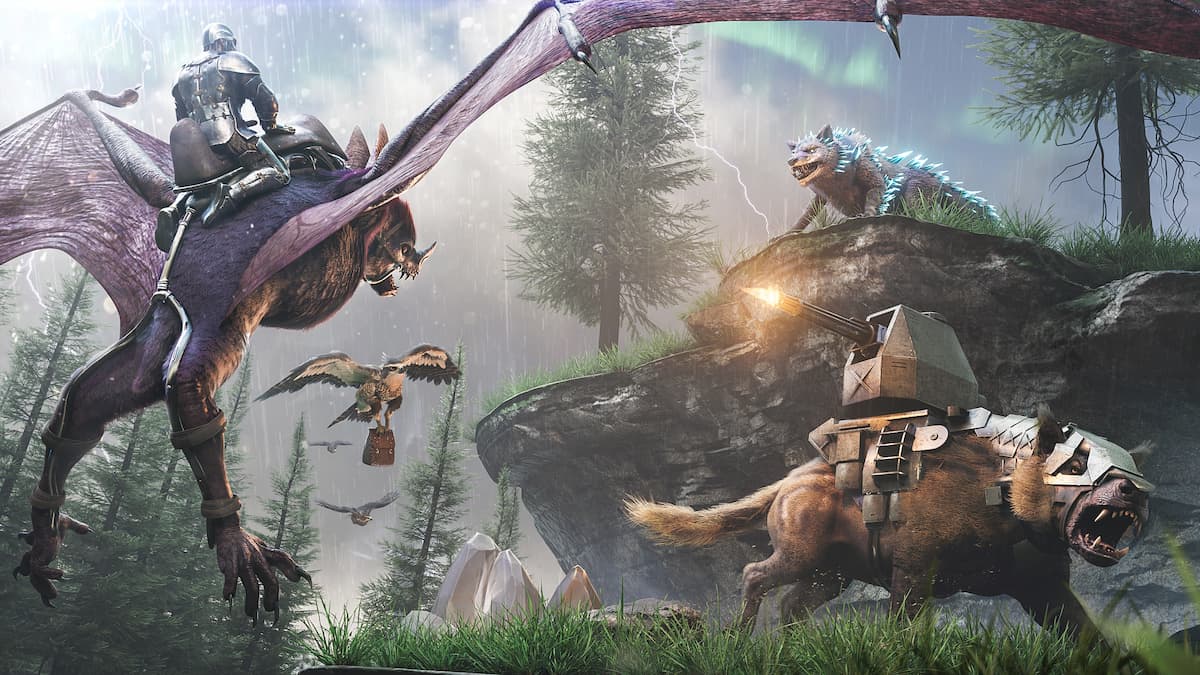 In the new Arl: Survival Evolved map, Fjordur, there’s a series of new areas and regions to explore. The stunning vistas of the map as well as the mystical atmosphere it gives off are some of the biggest appeals of this colder world. Players can look forward to a unique map, brand new base locations, and of course, some new tames. The addition of Fjordur as a playable map was largely anticipated due to the addition of four new creatures that players could tame, voted for by the community, and added by the developers. This guide will show you how to tame one of them, the Andrewsarchus.

What the Andrewsarchus does in Ark: Survival Evolved

The Andrewsarchus is a much larger cousin of the Daedon in that they both greatly resemble modern-day warthogs. The Andrewsarchus, however, unlike the healing Daedon, is much more battle oriented. Once it has been tamed, the Andrewsarchus saddle is a mobile turret. This means that in PvP it will be great on the ground when facing tames like Gigas which are high damage dealers but have lower stamina and can be outrun while you shoot at them. The turret saddle uses Advanced Rifle Bullets which can be fired by using your alternate fire. The bullets themselves seem to be mostly hitscan, and the damage to your turret will scale with the quality of your saddle. You can also, when not in turret mode, speed forward and drift around corners.

How to tame the Andrewsarchus in Ark: Survival Evolved

The Andrewsarchus is a passive tame. This means that you will not be able to tame it by knocking it out and placing food in its inventory. You will have to feed it its special food, which in this case is Giant Bee Honey. Placing the Honey in your hotbar and pressing the relevant key will throw the Honey out in front of you. The Andrewsarchus will aggro onto the Honey and run to it to eat. Once they’re eating you’ll have to hop up on their back and play a mini-game to tame it. This is much like taming the Equus, but you’ll have to match the direction the arrows are pointing in to complete the tame.

When riding the Andrewsarchus, you’ll see two bars. The first is the taming completion bar. The red bar below it is how angry the dinosaur is with you for trying to tame it. If you press too many wrong buttons and it gets full you’ll have to wait for the Andrewsarchus to calm down before you can attempt to tame them again. If the bar gets too high, jump off and toss out some more Honey for them to munch on, and repeat the process until they’re tamed. Additionally, you’ll need to kill off the extra Andrewsarchus around your selected tame as they will all aggro on you and you’ll be unable to tame.