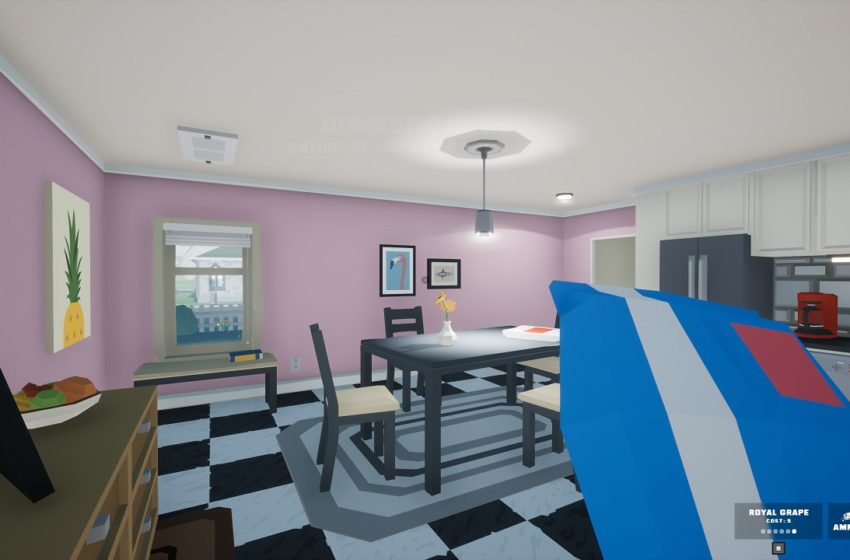 The Queen Spider, signified by the red stripe on its back, is one of the most useful spiders to find in Kill It With Fire. While there are no direct objectives in the game that require you to kill them, they can be manipulated to help you in completing other objectives. This can include inflating the number of spiders that you have killed in a level as the Queen will burst into four white spiderlings upon killing one. The Queen Spider can also help with killing spiders of other types.

The key to this is the Cheese Puffs that you obtain in Close Encounters, and then later for a certain flavor of Cheese Puffs in the Paper Trail level, found in the vending machine. Here, you will pick up the Royal Grape flavor. When a spider eats a cheese puff, it will transform into the type of spider that corresponds with the flavor of cheese puff once it finishes eating.

This means that if you kill a Queen Spider and let it hatch spiderlings, and then throw down a Royal Grape flavor cheese puff, which costs five ammo to use, allowing a spiderling to finish the cheese puff fully will transform it into the red-backed Queen.

You can use this to make lots of different types of spiders as you complete more levels and unlock other flavors. This is particularly helpful when needing to kill the stealth spiders as they are otherwise difficult to spot in a level.