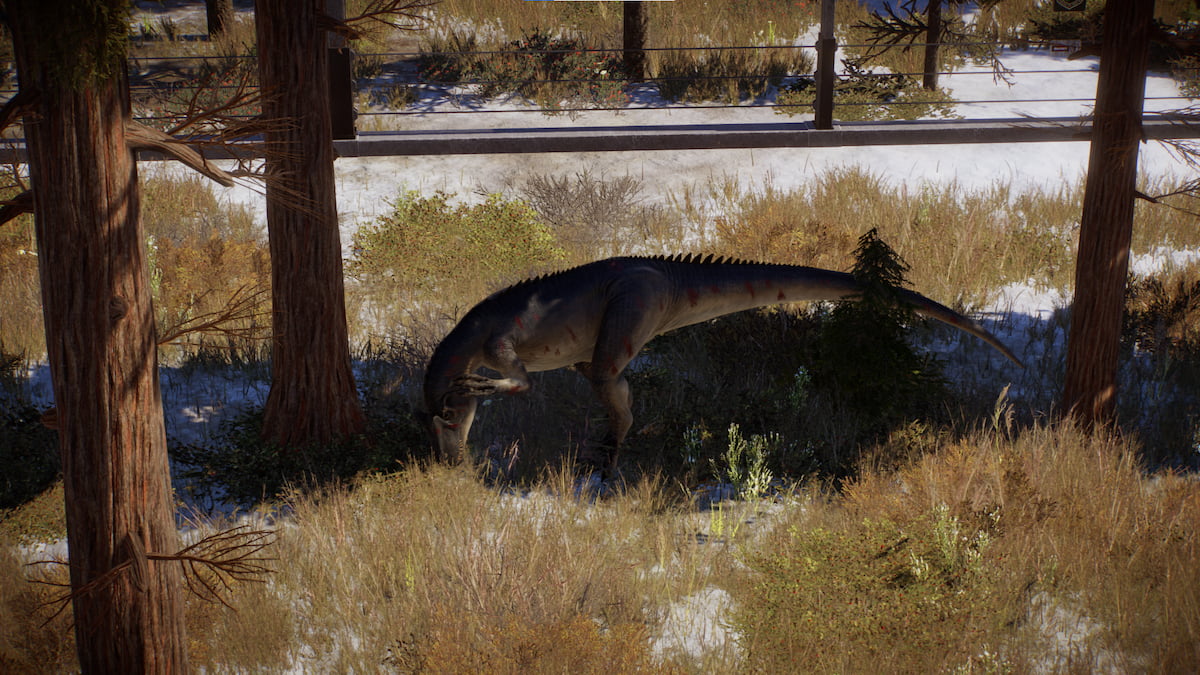 Not every dinosaur you look after in Jurassic World Evolution 2 will be healthy. They might have major injuries or illnesses that you have to take care of, and providing medical attention to that dinosaur is not an easy process. It’s difficult for a regular human to get close to them and provide them with the best assistance. Here’s what you need to do to treat a dinosaur’s injuries in Jurassic World Evolution 2.

You’ll be able to identify the injured dinosaur based on the red icon above their head. When you highlight the dinosaur, you can read a much more detailed report on their injuries.

After identifying the injured dinosaur, make sure you have a Response Facility and Paleo-Medical facility onsite. You need the Response facility for your Capture team, the helicopter you can use to knock out a dinosaur. Bring the helicopter to the dinosaur, and then administer the tranquilizer darts. You may need to hit the dinosaur several times before it’s unconscious.

You’ll see a progress meter on the bottom right of your UI indicating how long until the dinosaur is fully healed. After it’s done, click on the Paleo-Medical Facility, and you then return the dinosaur to its enclosure to continue healing.