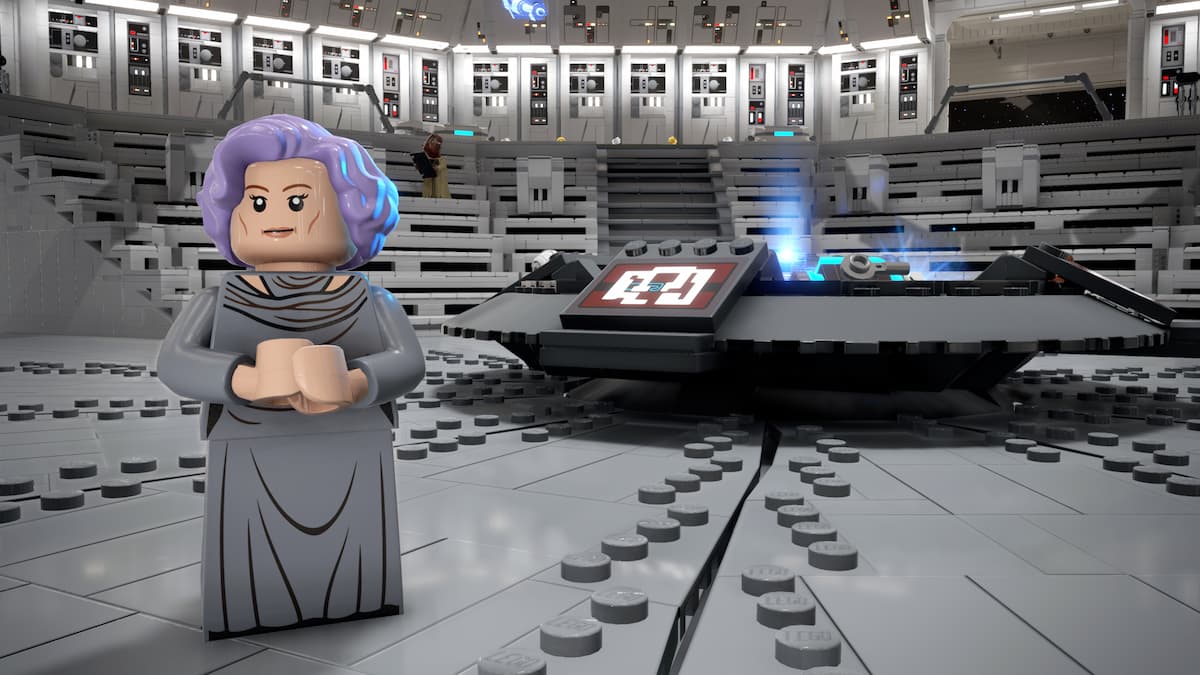 Developer Traveler Tales have been creating Lego games for a long time. Lego Star Wars: The Skywalker Saga is the culmination of that development history. Skywalker Saga completely innovates the core gameplay features one comes to expect from a standard Lego title. Despite many elements changing, some stay the same, and unlockable characters have returned. This is how to unlock Admiral Holdo.

Admiral Holdo is a high-ranking political and military commander for the resistance featured in the final Star Wars trilogy. She pulled off the memorable attack called the Holdo maneuver in which she aimed her capital ship at the First Order Fleet and entered slipspace. Her sacrifice, and unique purple hair, made her a standout character.

To unlock her, you must first begin any one of the playable campaigns in Skywalker Saga. once you are in the game and moving around, access the pause menu to see more options. Highlight the enter code section above and enter this code.

Admiral Holdo will then be unlocked for free play modes. She will also be accessible when exploring the open-world hubs. To access free play, complete a chapter for any campaign and replaying the mission will allow you to select her.