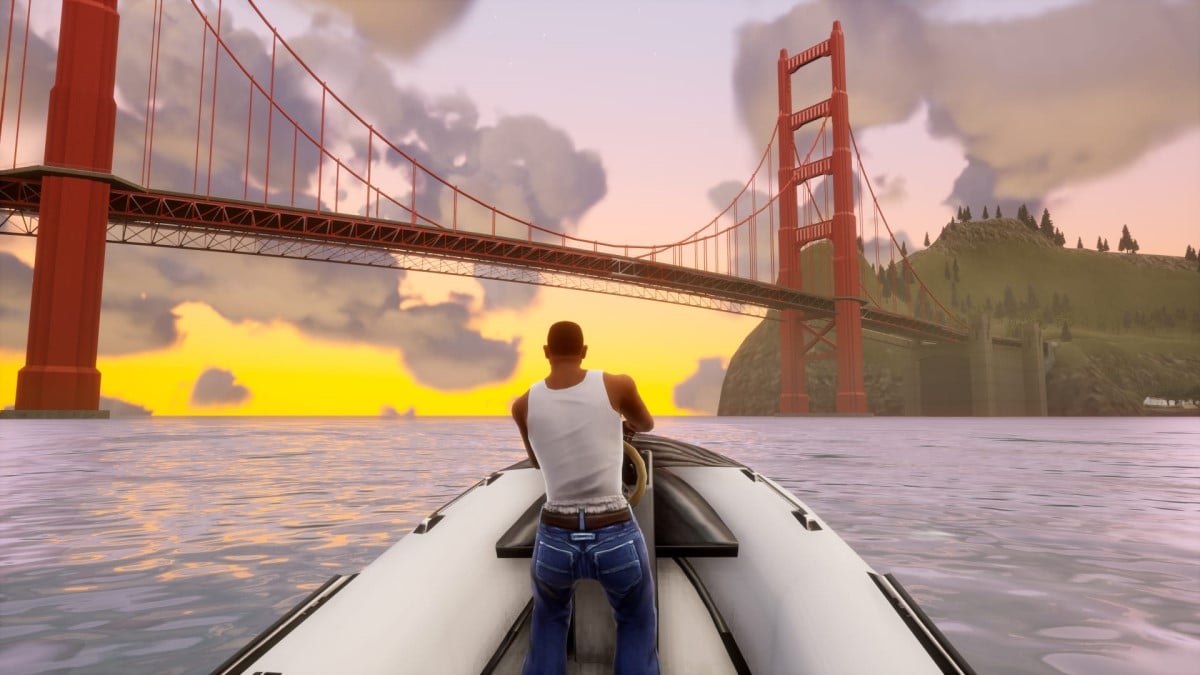 There are three cities in GTA San Andreas: Definitive Edition, namely Los Santos, San Fierro, and Las Venturas. The biggest and best of these cities is Los Santos, where you start the game, but the other two have a lot to offer, too, as do the rural and small-town regions in between. San Andreas is an entire state, representing a mix of California, Nevada, and Arizona. You can’t initially explore it all without triggering a 6-star wanted level whenever you go too far outside of Los Santos. While you could, in theory, explore the entire state with the cops, the feds, and the military on your tail, it’s more practical to unlock each city by completing the correct mission.

How to unlock San Fierro

To unlock San Fierro, you need to complete The Green Sabre mission for Grove Street Families leader Sweet Johnson. The Green Sabre is a pivotal mission in the game’s storyline and, by the end of it, you’ll find yourself in Whetstone, one of the counties surrounding San Fierro. This means that San Fierro, Whetstone, and Flint County are all now unlocked, and you can explore them all without triggering undue police attention.

How to unlock Las Venturas

To unlock Las Ventura, you need to complete the Yay Ka-Boom-Boom mission for Triad leader Wu Zi “Woozie” Mu. Yay Ka-Boom-Boom requires you to destroy, then escape, a crack cocaine factory. There’s no specific narrative reason that this unlocks Las Venturas, Tierra Robada, and Bone County, but that’s what happens. You’ve now unlocked the entire map and can explore it freely.