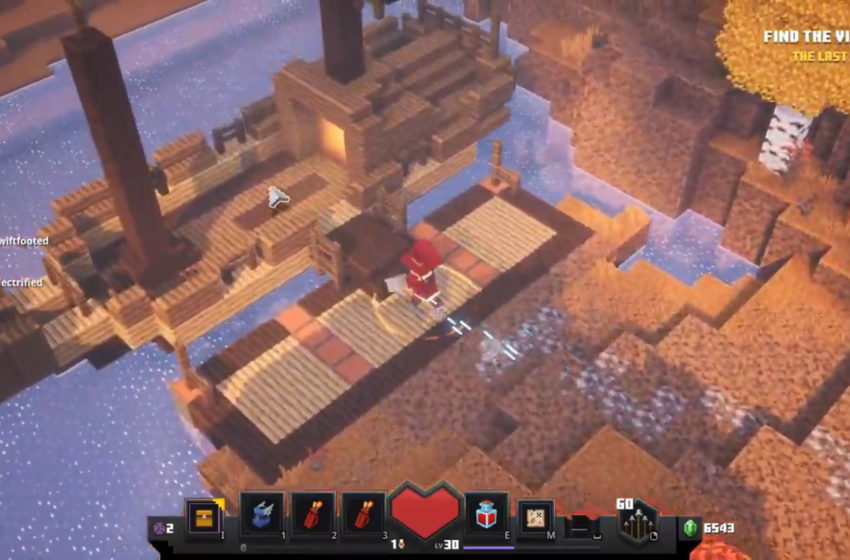 Minecraft Dungeons has an array of levels for you to progress through in the game. While these missions are all available after you beat the game and play it on a higher difficulty, you may have missed some of the secret levels in the game. For example, in the Soggy Swamp, you can unlock the Soggy Caves, which has several puzzles in it you need to solve to receive the obsidian chest at the end. For Pumpkin Pastures, you can unlock the secret level, Arch Haven.

Before you attempt to unlock this secret mission, make sure to complete the Soggy Caves before doing it. Some players have remarked they cannot encounter it if they do not first progress and complete Soggy Caves.

The location for the unlock varies. It can be on the right side of the map, on the left, and it can be closer to the start of Pumpkin Pastures or closer to its end. Unfortunately, because these maps do change nearly every time you play, not every player will have the same map, thus the location changes. However, for everyone, it does contain the same unlock entrance. It’s on a pirate ship.

When you find a block-like pirate ship with an entrance, you will know you found it. Enter the area, and you’ll go down to the lower levels of the ship. The map is on the other side of the room, and when you run over to grab a series of gates come up. You then have to fight a horde of enemies. If you survive, you can obtain the Arch Haven mission shortly after doing this.