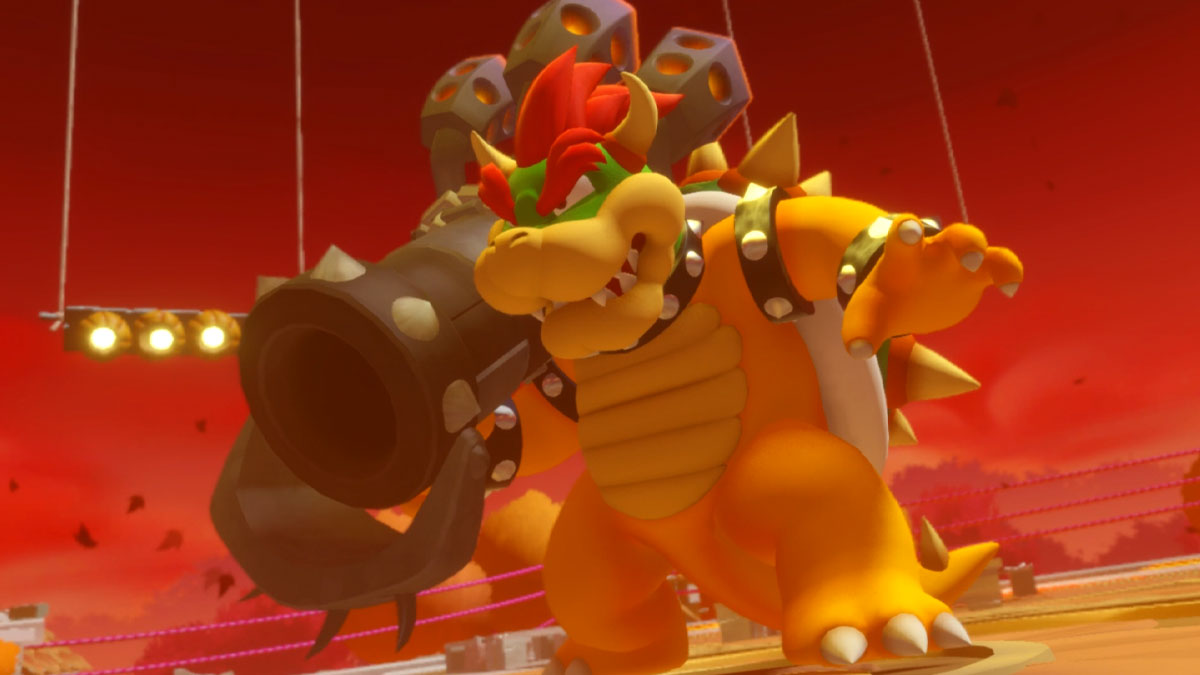 Bowser is a brand-new party member for Mario + Rabbids: Sparks of Hope, joining the team alongside other newcomers Edge and Rabbid Rosalina. He comes with a big ol’ rocket launcher and some special tricks up his sleeve, but you’ll need to unlock him before you can make use of those. Here’s how to do that.

Related: How to unlock Rabbid Rosalina in Mario + Rabbids: Sparks of Hope

Where to find Bowser in Mario + Rabbids: Sparks of Hope

You can’t unlock Bowser till you reach the game’s third planet, Palette Prime, so keep playing until you arrive. When you do, you’ll have two primary objectives: go through Woodrow’s house to reach the town plaza, or investigate the woods to restore its missing color. The former is a quicker route into town, but the latter will also get you there — you just have to beat the Darkmess Root before the path to town will open.

Whichever quest you do first, you’ll eventually find yourself in the town plaza. Two characters will show up when you get there: Bowser himself and one of Cursa’s goons, the super sturdy Bedrock. Bowser will join you for the fight against her, and once you beat Bedrock, he’ll become a full-fledged party member.

Bowser is a heavy hitter. His primary weapon is the Bowzooka, an appropriately named rocket launcher that deals big damage in a wide area. It’s a must-use move for groups of enemies. Generally speaking, Bowser is great at crowd control.

That also applies to his special ability, which summons a group of Mechakoopas. These will automatically seek out the closest enemy, detonating if they get close enough. If not, they’ll continue moving in the next round. They can also be picked up and tossed by the party, making them even more versatile.