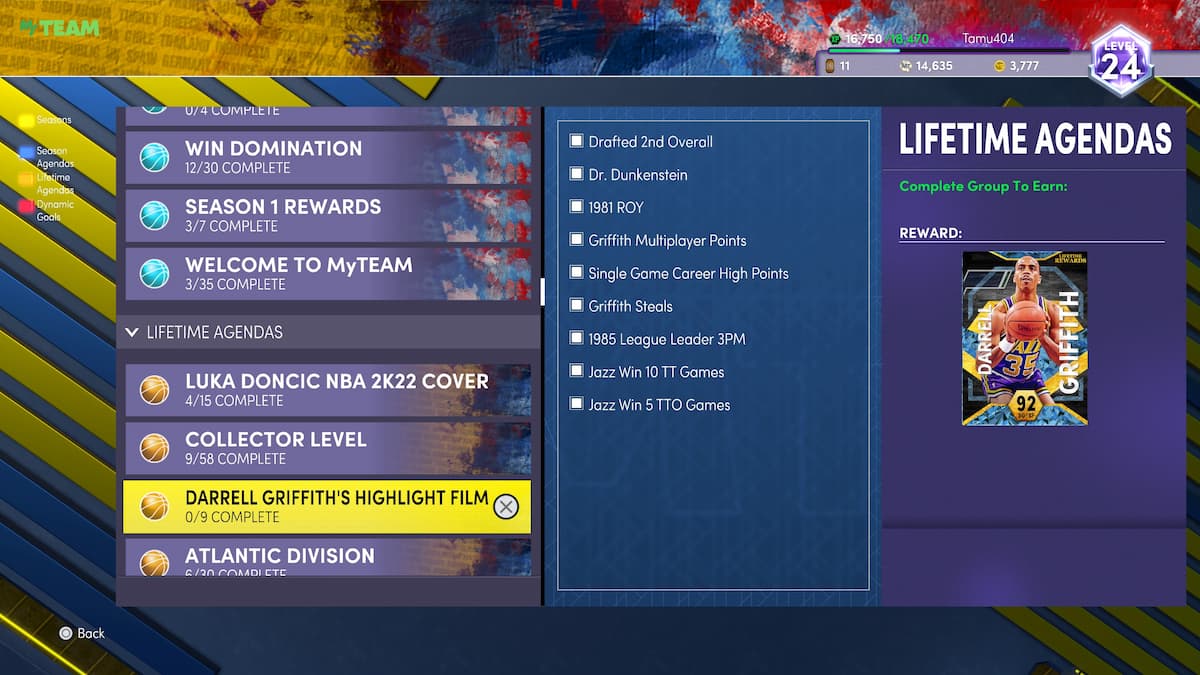 NBA 2K22 is full of players for you to earn for free. If you’re looking to be a “no money spent” MyTeam player, finding free cards that can do the business is key. 2K Sports has given players a new Lifetime reward card in the form of Diamond Darrell Griffith. This 92 OVR version of Dr. Dunkenstein can be earned with relatively little effort and makes for an excellent slashing option on the wings. Here’s how to pick him up.

To get Darrell Griffith, you need to complete nine different objectives. However, some of the later objectives can only be finished with rewards you gain from finishing early objectives. Make sure you focus on the first two objectives first to make sure you can get through this as quickly as possible. Here are the objectives:

Out of all of these objectives, the only one that will really give you trouble is winning the five games in Triple Threat Online. If you don’t have good Jazz players, you could struggle against players who are playing with their best squad. Hopefully, you’re lucky enough to pull Diamond Ron Boone while playing games in Triple Threat Offline. He should really make things much easier. Either way, most players should be able to pick this up in just a few sittings if you plan things properly.