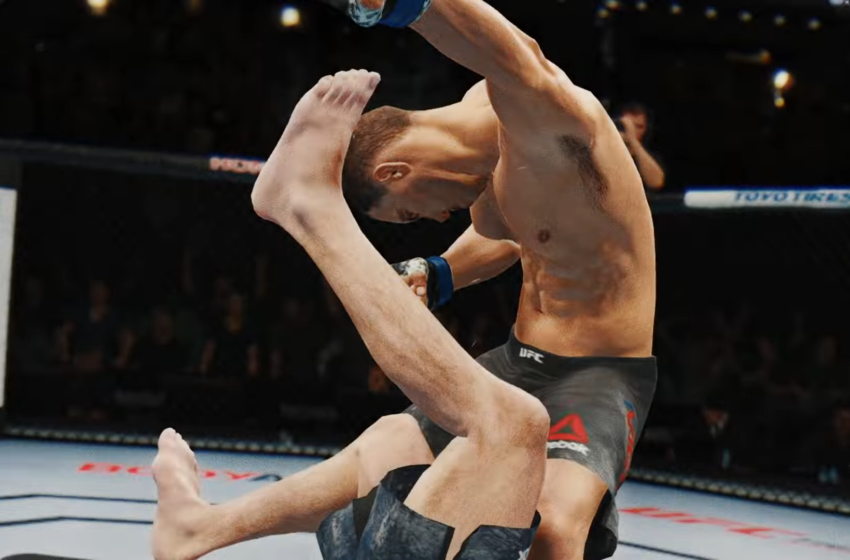 When starting out your career in UFC 4, not only will you begin with a low overall rating, but you will also possess a limited amount of moves. These beginner moves are basic strikes and submission holds, but you can obtain new moves throughout your career. But in order to do that, you need to train with someone else.

In order to unlock new moves, you will have to train with another UFC fighter in a sparring session. To do this, you must first be in training camp for an upcoming fight. Go to the Training Camp screen, which can be accessed by hitting RB/R1 at the home hub in career mode. Scroll down and select Invite a Fighter, which will allow you to select a sparring partner.

Once you are at that screen, you will be able to select fighters to train with. Keep in mind, however, that you will not be able to spar with any fighter you want to right off the bat. Many fighters will be locked until you meet a certain objective, such as becoming a ranked fighter or a UFC champion.

When you select a fighter to spar with, click on their image and then select which move you want to learn. Most fighters will only have one more you can learn, but others will have more than one. To select a move, toggle over it and select A/X. Be mindful, though, that each sparring session has a specific cost, so make sure that you have enough time and cash to spend.

After selecting a move, you will then moving to the training session. In order to acquire the move, you will have to hit your partner with the move multiple times, until you hit a specific score (the score will be indicated at the bottom of the screen). Once you reach the score, you can then equip the move and use it during fights.