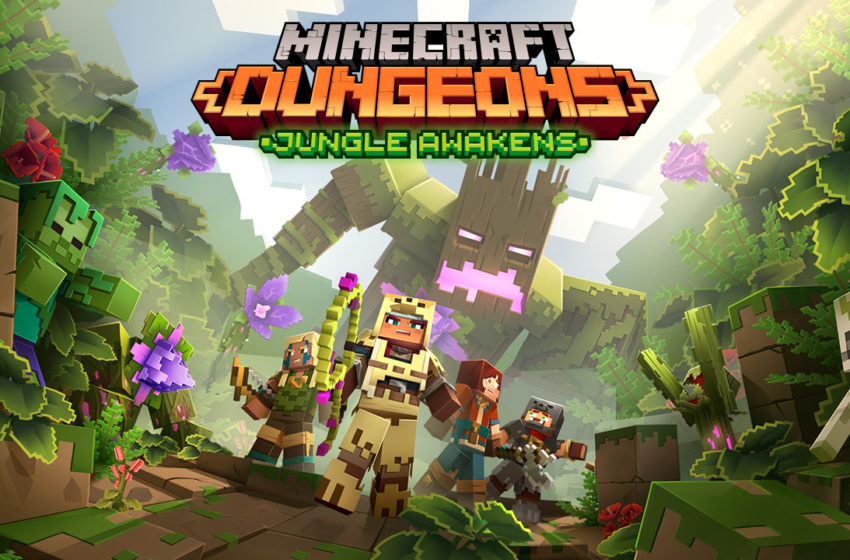 Minecraft Dungeons’ first DLC, “Jungle Awakens,” is now live on Nintendo Switch, PC, PlayStation 4, and Xbox One. Like the mainline game, there are various secret levels you can unlock if you do enough exploring. The secret level Panda Plateau can be unlocked this way. To start, you must own the DLC and have defeated the Arch-Illager in the main campaign. When downloaded, enter the game and on the mission select screen either hit the right bumper or move your cursor to “Travel to Island Realms.” When here, the level in the top left called Dingy Jungle is where you need to go. Here is where you need to go.

Like the other secret levels, you are looking for a secret scroll to unlock the new level. Proceed through the level normally until you reach the part that changes your objective to Cross the Canyon. This will be right after surviving an ambush. As you venture through here, you will eventually find branching pathways. Go towards the one that goes away from the objective, and you will find a creeper statue that sends a bunch of creepers at you after you investigate it. Continue along this path until you reach the end where a cave entrance is. If you hit a point that says, “Survive the Gauntlet,” you have gone the wrong way.

Note that there is a chance that it will not spawn on your first time through. We had to play the level a couple of times for the entrance to be there for us, so if you do not see the entrance and have explored all different passageways, either finish or exit the level and reload it. When the creeper statue path was to the south, all we got was a chest at the end, but when it went north, we found the entrance.

After entering the new passageway, you will be in an area with a lot of lava. There will be three buttons sitting in front of panda statues that are pretty close to each other. Activate all three buttons, and you will be ambushed by a few waves of enemies. Once you defeat each wave and earn the chest for doing so, you are in the clear. There will be a branching path to the south that you can go towards, and at the end is the secret scroll you need. Upon picking it up, the Panda Plateau will be unlocked.

Now that you have Panda Plateau unlocked, you can find some brand new items there. There is a new whip weapon and the corrupted seeds artifact that both can be found in the secret level. Stick with Gamepur for more guides on Minecraft Dungeons.