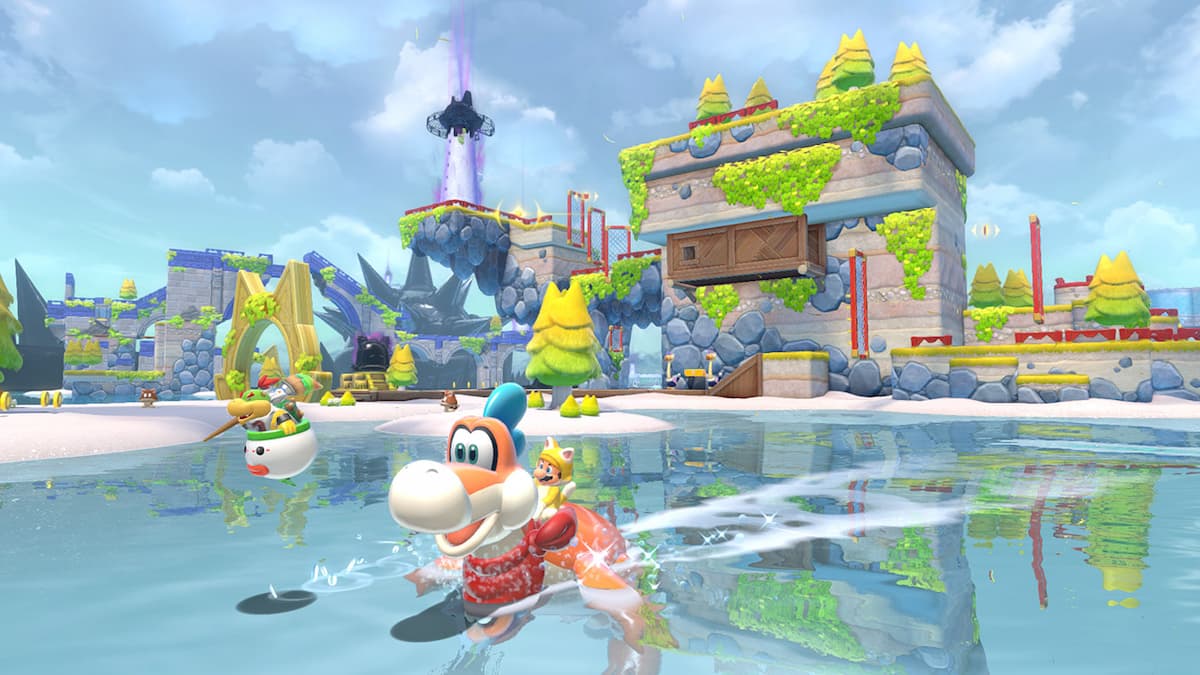 Super Mario 3D World + Bowser’s Fury gives you plenty of options for choosing a character. Mario, Luigi, Toad, and Peach all contain unique abilities, and depending on your personal preferences and skill level, there’s someone for everyone. However, this fab four excludes one other option hidden in the game: Rosalina, whom Mario first encountered while hopping across different constellations in Super Mario Galaxy.

You can play as Rosalina, but you’ll need to prove your worth. First, you’ll need to finish the main game of Super Mario 3D World, which will grant you access to World Star. The second level in World Star, known as Super Galaxy, is modeled after the first Mario Galaxy game, in which the mother of the Lumas first debuted. After you get to the end of this level, Rosalina herself will appear, and the game will allow you to choose her as a playable character throughout the rest of Super Mario 3D World — but sorry, there won’t be a mega Cat Rosalina in Bowser’s Fury.

Thanks to the power of the Baby Luma, Rosalina contains a unique special ability. You can user her spin attack to hover a bit longer in the air, similar to Peach’s floating, but the spin attack can also levitate you to save you from an accidental pitfall death. Rosalina is a great character to have if you’re playing with someone who might not be as skilled as others; the spin attack is an excellent ability to keep in your pocket if you still want to complete a level on your own, but you don’t want to take advantage of the Invincibility Leaf.