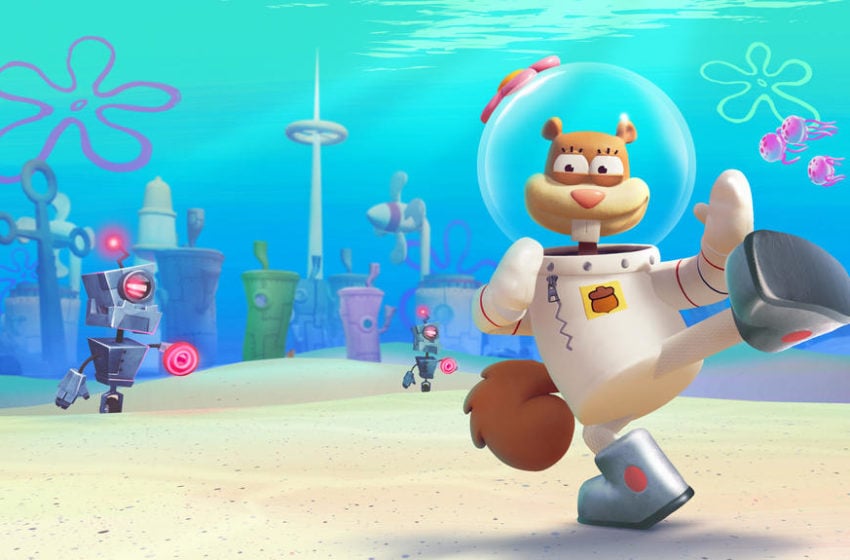 Sandy is one of the playable characters in Spongebob SquarePants: Battle for Bikini Bottom Rehydrated, but you won’t get to unlock her until you have played through some of the game. You start out in control of Spongebob, then you get control of Patrick during one of the game’s early areas, but you won’t be able to unlock Sandy until you get to Downtown Bikini Bottom.

All you need to do is play through the level, and you will eventually come to Gary, and a small cutscene will play. Gary will talk about how he needs Sandy’s help to do something, and then the cutscene will end. There are no real clues about what else you need to do, but the answer is very easy.

Across the street from Gary will be a Checkpoint sign, and besides that is a building with some steps at the side. You can jump up those steps to the roof where you will find a Bus Stop. Jump up to the roof and interact with the sign, and you will be able to switch characters, and Sandy will be one of the options. That’s right, she was already unlocked from the moment you spoke to Gary, the game just never tells you for some odd reason.

Now that you have Sandy, you can just play through the rest of the level and help out Gary. If you want to know exactly where to find Gary, you can find his location and the route to get to him in the video above.