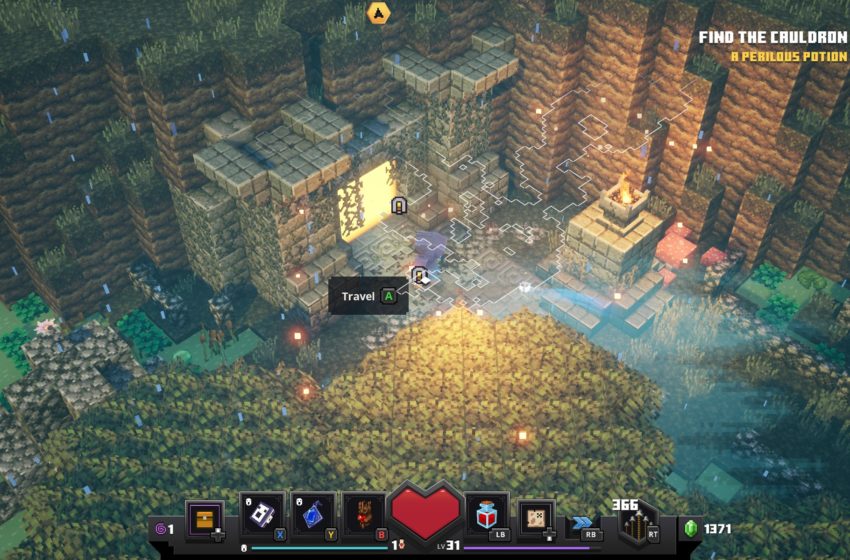 Several of the missions in Minecraft Dungeons have hidden levels you can unlock by finding their initial access point. For example, the first mission, Creeper Woods, has a dungeon called Creepy Crypt you can unlock if you find its access point. For Soggy Swamp, it contains a dungeon called Soggy Caves. These dungeons are great for farming a good chunk of loot and chests, giving you access to more items than traditional story missions would.

Before you look for the Soggy Caves, make sure to unlock and explore Creepy Crypt. It gives you an idea of how large of a dungeon you may have to explore, plus it’s a great place for loot.

During the Soggy Swamp level, you don’t have to worry about finding the entrance to Soggy Caves until the second portion of the map. You want to do the first part of the mission, enter the caves where you fight an Enderman, and then proceed to the other side. The Soggy Caves entrance is usually on the left side of the map. If you encounter an entrance that looks like a house, you can go inside, but the way will be blocked. Do a little backtracking, but stick to the left side of the map.

The correct entrance to Soggy Caves looks like the front of some ruins. If you discover ruins, you’re on the correct path. Proceed inside the entrance and complete the miniature dungeon inside to grab the new map, and make it to the other side. The exit of Soggy Caves is that house entrance you may have initially found before this one.

After you complete the rest of Soggy Swamp, Soggy Caves will unlock on your map for you to freely explore for additional loot.