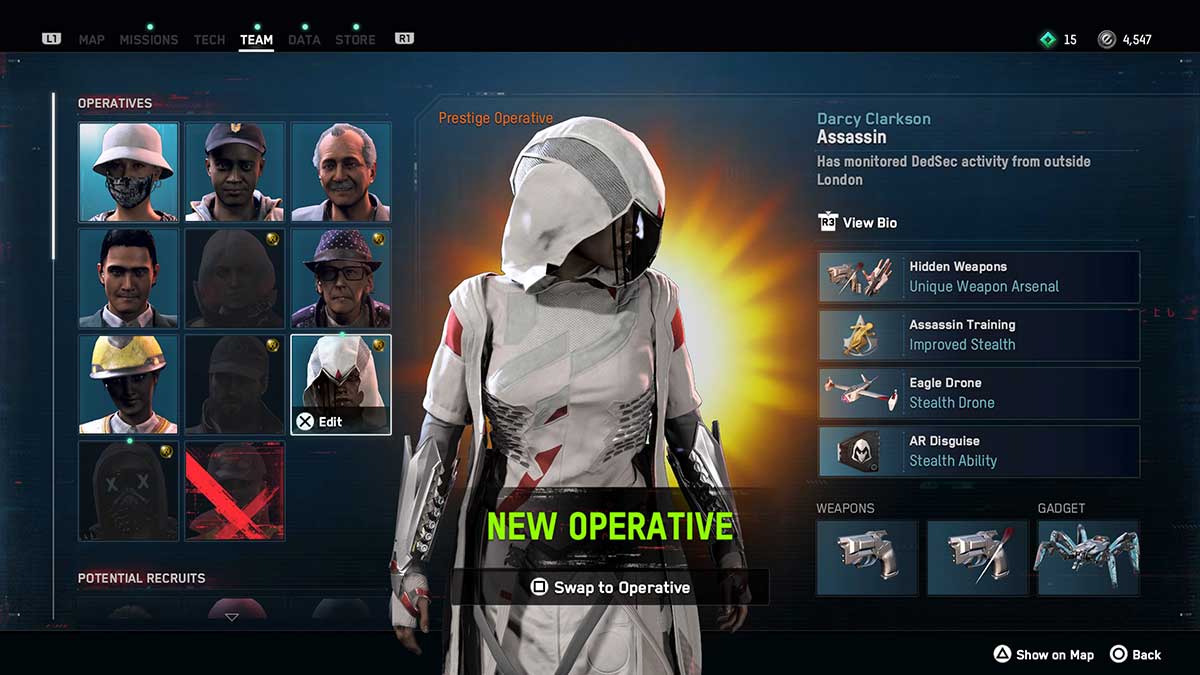 The main draw of Watch Dogs: Legion Title Update 5.5 is being able to play as an Assassin. While this is possible through the new missions added to the game, season pass holders can also recruit this new Assassin character, Darcy Clarkson, to be one of their Operatives. This guide covers how you do that.

How to recruit the Assassin Darcy Clarkson

The only way to recruit Darcy Clarkson is by completing the two new story missions added to Watch Dogs: Legion. These are the meat of this campaign update, taking you with heading out into London first to find this Assassin and then help her in her quest to beat the Templars to a secret Assassin tomb. The final part of this quest is called The New Creed and allows all players to control Darcy for a time and make the most of her unique abilities. If you don’t own the season pass, that’s all you’ll see of her. If you do own the season pass, you’ll unlock Darcy Clarkson as an Operative as soon as you complete this mission.

As an Assassin, Darcy has some new themed gear at her disposal. She’s got two unique Hidden Weapons, one of which is a standard pistol, and the other is a dart gun that makes enemies go berserk. In addition, she’s equipped with improved stealth through her Assassin training, and she has a unique AR Disguise that allows her to project a guard’s image over her own for a short while. Finally, her Eagle Drone is faster than the standard drone and reveals important items in the world with its light.

Darcy is, of course, equipped with a fantastic Assassin outfit that envies Ezio’s. If you enjoy the Assassin’s Creed series, then you’ll love playing as Darcy. Just make sure you don’t lose her with permadeath enabled. She’ll be gone forever.