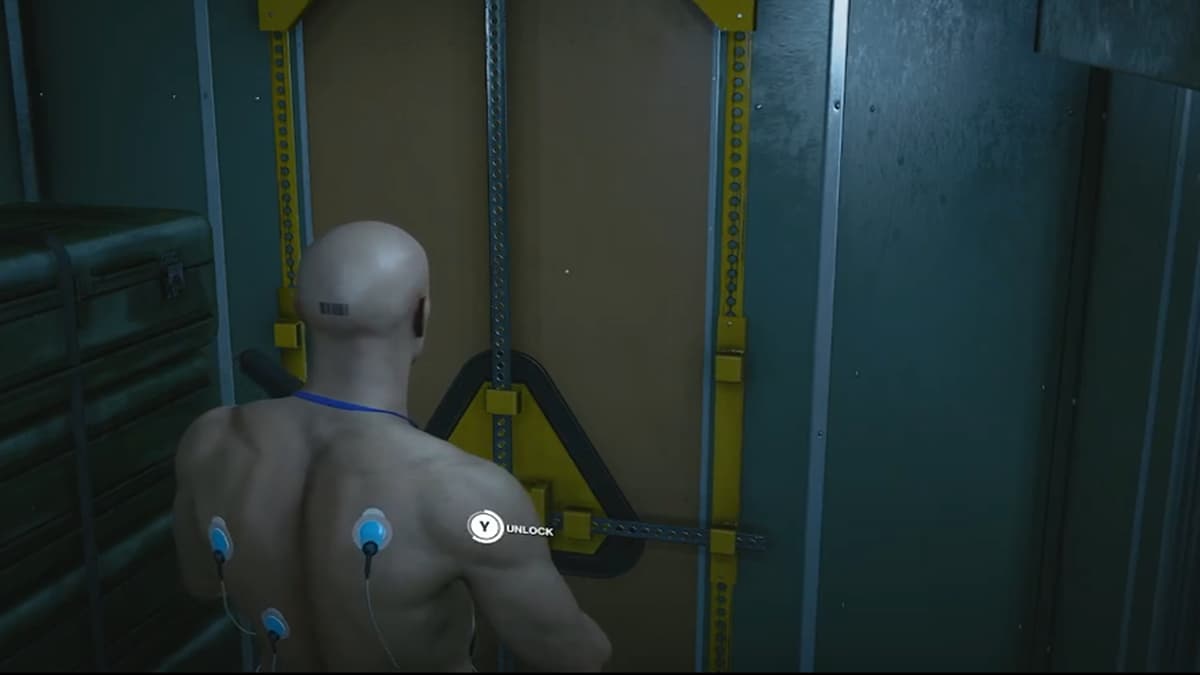 One of the new features in Hitman 3 is the inclusion of shortcuts. In the past, every time you loaded up a map, you had to go through the same monotonous procedures to get to specific locations. There are certain areas in each of the new levels where you can unlock a door or drop a ladder, so in later playthroughs, you can access those areas much quicker with shortcuts.

In the Carpathian Mountains level, you are on a moving train, starting at the back and reaching Arthur Edwards in the front. You wouldn’t think you would actually have use for shortcuts, but in fact, there are two on the map, and both are quite useful. Here are the two shortcuts in the Carpathian Mountains level in Hitman 3 and how to unlock them.

If you set your starting location to Outdoors, you will reach this shortcut door almost immediately. If not, progress through the map until you reach the workbench, where you can craft a silencer for a pistol you got off of one of the Providence agents. The door you need to unlock will be in the next room.

While the door is staring you right in the face here, you need to continue forward into the next cart where there are a few Providence agents and climb through the first window you can on the left. It will be the one the agent is looking out of with binoculars from time to time.

On the outside of the train, climb to the top and move backward until you see a break in the ice on the train on the right.

Dropdown here and climb through the window where you can unlock the shortcut and have access to a shotgun and an SMG in future playthroughs.

The second shortcut is further on in the train after you reach the armory cart. Head outside, and once again, you will be face to face with a shortcut door directly in front of you. Climb over the top of it and get past the Providence agent. The next door you see will be locked, so if you have a rusty nail in your inventory, unlock it. If you do not have a rusty nail, climb the ladder to the left and drop down on the other side where this door is unlocked.

Take care of the Providence agents in this cart and find the yellow valve placed on top of a crate near the locked door.

Go back towards the container and put the valve next to the door, and turn it. Inside will be frag grenades and ammo, and more importantly, the shortcut door for you to unlock to access this equipment in the future without the valve.