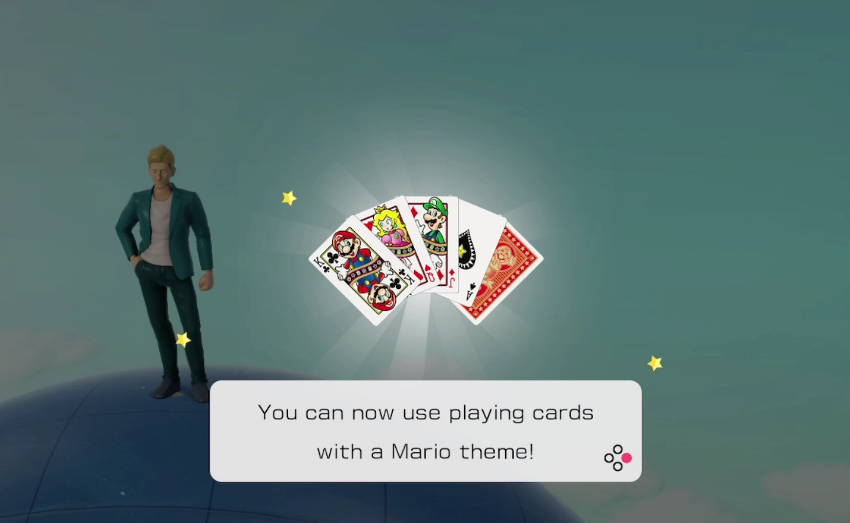 51 Worldwide Games for Nintendo Switch has a lot more collectibles to unlock than you think.

For most of its card games, including Matching and other Card Games, there is a series of Mario-themed collectibles that you can unlock to change the deck of cards into a Mario-themed one to use at your heart’s content online, in single-player, or by playing with friends. But how on earth do you unlock them?

You will need to have mastered two of the many card games available to unlock the Mario set for regular card games. This means having the Gold Trophy next to the game in the solo menu. Once you do get this reward, when you next head into the game select screen, the game will tell you you have unlocked a gift.

Simply head to the Globe on the game select screen and click on the newly spawned NPC to unlock the gift and claim your Mario themed deck of cards.

The same works for Matching, where you just need to have played and won a single game in single-player to unlock the Mario Matching cards. This can be done against NPC’s difficulty, and you should have a bronze medal next to the Matching game when the cards are unlocked. You’ll again need to head to the globe to unlock the new card back and be able to use them next time you load up the Matching game.

To change decks in any game, simply change the Card Design option to “Mario” before you load into the next game for it to work.