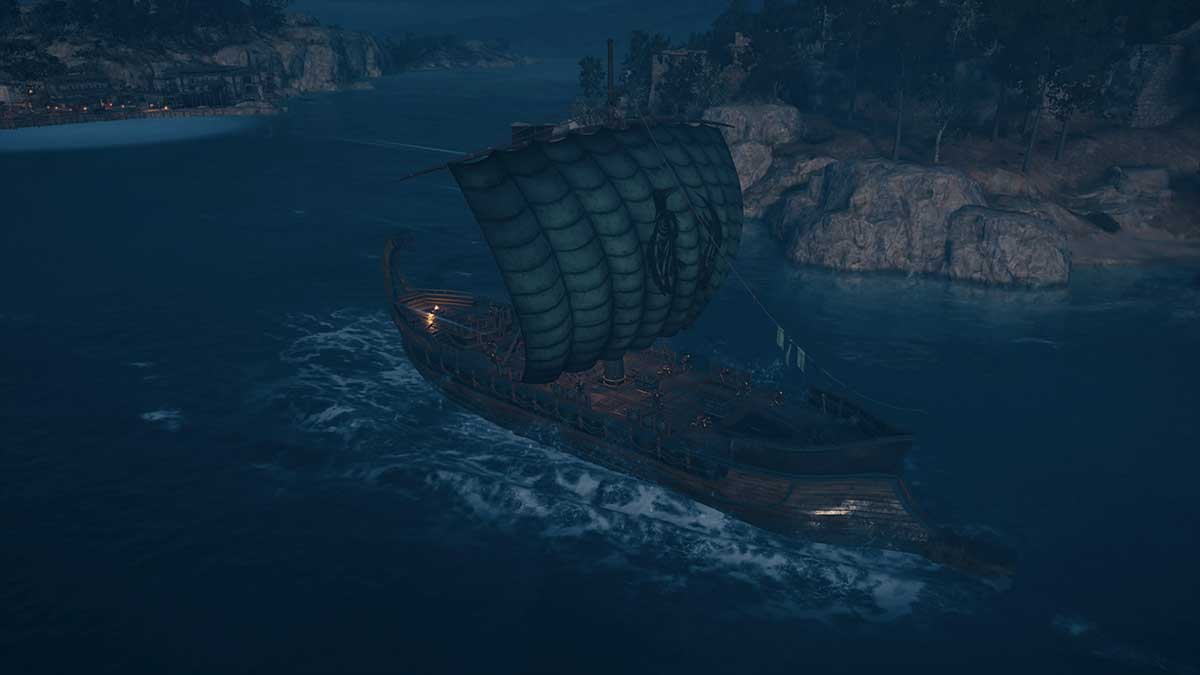 The Raven Response is a ship design in Assassin’s Creed Odyssey that was added as part of the game’s crossover story expansion with Assassin’s Creed Valhalla. To unlock it, you need to complete all the quests in the crossover story, but there’s one that you might miss. This guide explains how you get the new ship design, ensuring that you don’t miss it in your time on Korfu.

To unlock The Raven Response ship design, you need to complete the last quest on Korfu, where the crossover story in Assassin’s Creed Odyssey takes place. This quest is A Kind of Treasure Hunt. To finish it, Kassandra must find all five Ostraka that her friends have left around Korfu and resolve them. You’ll start this process in the first quest on Korfu but must seek out the other four Ostraka yourself by exploring the island.

Once you’ve found and resolved all five Ostraka, you’ll need to head back to the villa where the story began and go down to the beach. There’s a chest that you can now open that contains a lot of helpful loot, as well as The Raven Response ship design. To equip it, you need to use the portal function in the game’s map to return to Greece and set it as the current design.