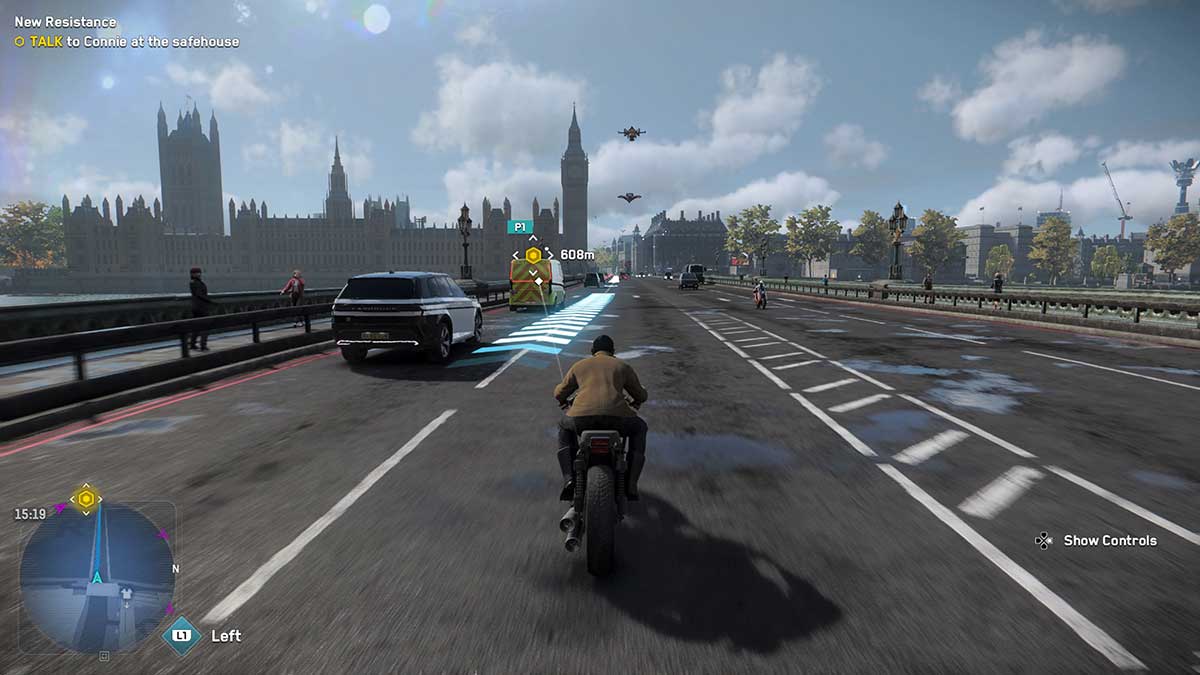 The first time you load up the multiplayer element of Watch Dogs: Legion, you’ll be greeted with a screen telling you that the Spiderbot Arena is unavailable. In this guide, we’ll show you the fastest way to unlock this game mode so that you can start smashing robots like you’re a competitor in Robot Wars.

To unlock the Spiderbot Arena, you need to complete ‘New Resistance.’ This is the first mission in the game’s online mode, and you’ll actually start it as soon as you enter London Free Roam mode. However, it’s very easy to get side-tracked and forget about it.

The first thing you need to do is recruit one of the nearby NPCs. You’re only given eight points of Influence, so you can’t recruit anyone amazing just yet. We settled for a bus driver.

Step 2: Hack the target at the London Necropolis

Next, head to the London Necropolis and hack the target. The easiest way to do this is to approach from the opposite end of the area to this huge and inaccessible gate. There’s an open doorway there that you can walk right through. Hide in one of the cars and let your Spiderbot do the rest of the dirty work for you.

Step 3: Hack the target at The Ascent

Once you’ve hacked the first target, you’re given a second one to hack. This one is slightly more difficult to find. You’re best off climbing the lower sections of the building and once again using your Spiderbot to take down enemies and, eventually, hack the target.

With that second hack complete, you now need to speak to Connie. She’s hanging out at the main Dedsec HQ in London, beneath a very familiar pub. Driver over, chat to her, and then leave. After that, you’ll be able to see that the Spiderbot Arena is open for business on the in-game map.

If you’ve been playing Watch Dogs: Legion online for a while and still can’t access this game mode, the chances are that you haven’t completed this opening mission yet.