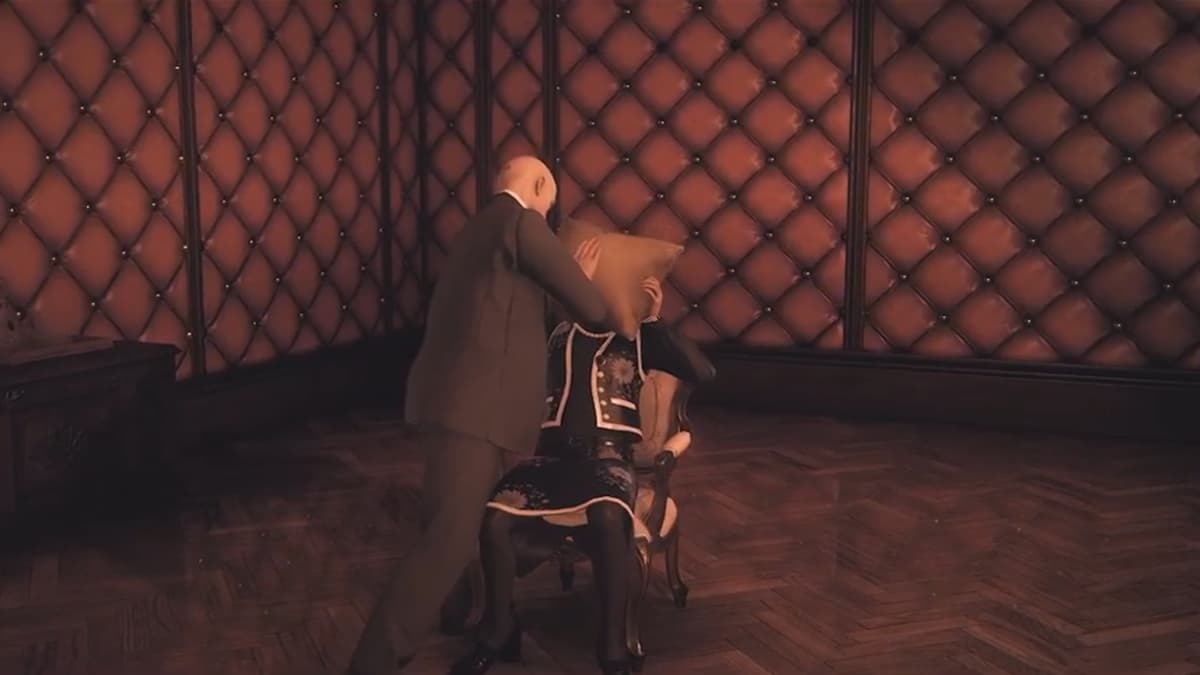 When playing as Agent 47 in Hitman 3, your assassination skills are regularly tested. You need to be stealthy, accurate, and opportunistic. Those three ideas are front and center for the achievement/trophy called Upstairs, Downstairs. The description for it reads, “Eliminate Alexa in her private room, shoot her from the roof, and put her to rest.” This achievement is done in Dartmoor and will require at least two playthroughs to complete.

Before we begin, we highly recommend playing the map and getting your mastery to at least level nine before attempting the second part of this achievement. The first half can quickly be done initially when playing Dartmoor, but certain items in the planning section make the second half much more effortless. Also, before starting the second half, be sure to unlock the shortcut found on Zachary’s balcony. You will need a crowbar to do so.

With that out of the way, we can get to killing Alexa. The easiest part of this achievement to do is eliminating her in her private room. First, you need to get the walking cane out of Emma’s room by unlocking the door or taking the ledge outside the bathroom around.

You can insert this cane into specific slots in the level and it will open up secret rooms. You need to take this up to the third room, and we recommend having a bodyguard disguise so you can walk around freely with the cane. When up on the third floor, keep walking down the hallway past Alexa’s office. Don’t worry about the enforcer; just run past him on the right side of the hallway. There will be a slot in the floor. Interact with it, and 47 will open a secret room.

In this secret room, you need to wait for Alexa to move into her private room, which will be on the other side of the wall you face when entering. You can knock out a couple more challenges here while you wait by picking up the unicorn horn and looking through a peephole and seeing Alexa either in her private room or office.

Once Alexa enters her private room, she will begin muttering to herself and eventually sit in the chair and begin screaming into a pillow. When she does this, open the secret door you are in and interact with the pillow to smother her and get the first part of this achievement done.

Sniping from the roof and putting Alexa to rest

Luckily, shooting Alexa from the roof and laying her to rest can both be done in the same run. However, we do recommend getting to mastery level nine in Dartmoor so you can:

The second point is an absolute must, as there are no sniper rifles anywhere else within the level, and the graveyard provides you the fastest way to get your briefcase. It doesn’t matter what other equipment you have, but we recommend a silenced pistol for the first part of this step.

Set your loadout with the criteria above and when loaded in, go to the graveyard from the garden. You need to go to the area where the worker is trying to get rid of the ravens. This is actually the beginning part of the Her Final Resting Place story mission, but to knock out both parts of this achievement in one run, we will ignore what the game tells us to do for the rest of the mission.

Take out the three raven nests with your pistol, and then grab your sniper briefcase from behind one of the gravestones. Once you take out the last nest, you are on a timer to get to the roof before Alexa can get to the funeral rehearsal and do everything she is scheduled for there. Do not worry too much — you should have plenty of time as she moves slowly and will have to do a couple of things before the right opportunity presents itself.

Now you need to get a bodyguard disguise. We recommend subduing the bodyguard on Zachary’s balcony, as he is always alone and an easy target, which is why we recommend having the shortcut unlocked already. When you get to the ladder, 47 will drop the briefcase, so be sure to pick it back up again after getting the disguise.

Now that you have a good disguise and the sniper rifle, start heading up towards Alexa’s office. There are a few enforcers you can come across (including Alexa’s personal bodyguards), so be careful as you go up. When you enter the room, walk up the stairs and retrieve your sniper rifle. You need to put it on your back now and stand against the wall around the painting in the image below so you can jump up and hang from the ledge.

Shimmy your way to the left until you get to the open window, then pull yourself up and through. If you went straight to the roof after clearing the last raven nest, you should have plenty of time and can watch Alexa as she slowly walks towards her doom. Also, the level’s other shortcut can be unlocked here if you have a crowbar on you. Just to be safe in this situation, it is probably a good idea to save your game.

When Alexa arrives at the rehearsal, she will first talk to the undertaker about her painting and then give a fake speech at the podium. After that, she stands directly in front of her intended phony grave. Shoot her either in the head or the upper back, and she will fall in. You will complete the various challenges attached to this act and the achievement/trophy Upstairs, Downstairs.