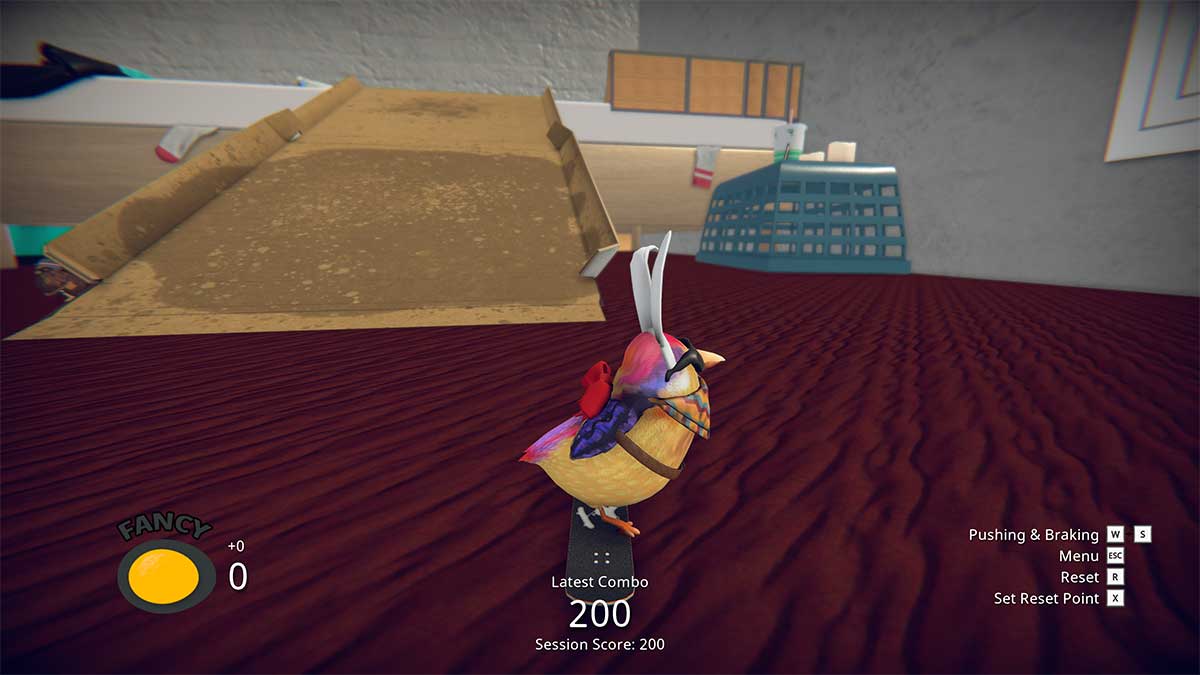 Skatebird takes the skateboarding genre and puts an entirely new spin on it. That spin is that you’re playing as a tiny bird on an incredibly small deck while you skate around parks built for impossibly small skateboarding bird pros by people with way too much time on their hands. Like the older skateboarding titles, there’s a lot to unlock in Skatebird, such as cosmetic items, skateboards, and music tracks. This guide covers how to unlock four music tracks from a band called We Are The Union.

How to unlock We Are The Union music tracks

The We Are The Union music tracks are well hidden in the first area of Skatebird. You need to skate down to the ground floor even to have a chance of seeing the item that unlocks them. It’s a tape sitting on top of the washing basket to the right of the bottom of the bed. This is also the right-hand side of the pizza box ramp you use to get up to the bed.

There’s no way you can jump from the floor up to the top of the washing basket. So instead, you need to ride the ramp up to the bed. From there, turn around start building up some speed from the ramps that are up here. You can get a lot of speed from using the ramps against the wall and the magazines opposite them.

When you’ve built up enough momentum, you need to skate up the wooden ramps against the wall and then transfer over the top of them. Do this just to the right of the corner. This will see your bird leap over the ramp and land on the edge of the top of the washing basket. Then you can pause and skate towards the tape to unlock the new music tracks. The music you unlock will be automatically added to your current playlist, and the tracks are as follows.

We Are The Union tracks