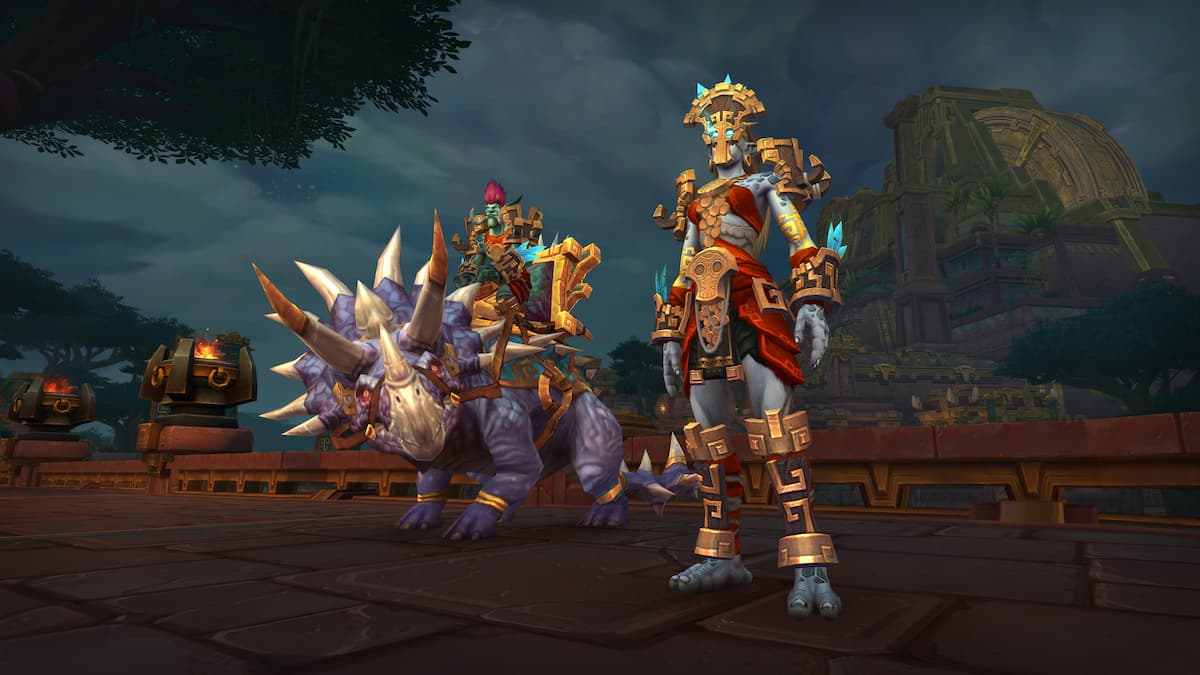 The Battle for Azeroth expansion introduced Allied Races into the World of Warcraft. These races gave players even more customization options; however, unlike the classic options, players need to first unlock Allied Races by completing specific achievements. One of the most popular options for Horde players is the Zandalari Trolls.

World of Warcraft players has been interacting with the Zandalari for quite a while. In the game’s original release, players could find the Zandalari tribe over in Stranglethorn Vale, and they have continued to be involved in the world in nearly every expansion since. So, it makes sense that players want to create a troll from the tribe. Here is what you need to do if you want to unlock the Zandalari Trolls.

To unlock the Zandalari, you need to complete three different sets of quests. First, you need to complete all of the main storyline quests in Zandalar. This zone is found on an island just off of South Shore. If you haven’t been here before in Battle for Azeroth, you should be able to talk to Sylvanas in Orgrimmar to be sent to the zone.

Finally, you’ll get one last quest chain called The Final Seal. This won’t start until you finish everything else and can also be found in Dazar’alor. Doing all of this should take you around five hours.

The next thing you need to do is head over to the start of the Horde war campaign. Conveniently, it also starts in Dazar’alor. You need to be over level 35 to start this, but you should be there by this point.

Fortunately, you don’t need to finish the entire campaign if you don’t want to. You only need to complete the first two parts of this journey to unlock the Zandalari. That means you just have to do the quests under the segments called Ready for War and Tides of Vengeance.

Doing this should take another two or three hours. Then, you’re ready to head to the Orgrimmar Embassy on the southwestern side of the city. You’ll be asked to complete 17 quests in this chain and can only start it if you’re above level 50.

Finishing this final leg of the process will only take about 30 minutes to an hour. Once it’s all wrapped up, you’ll finally be able to make your very own Zandalari.