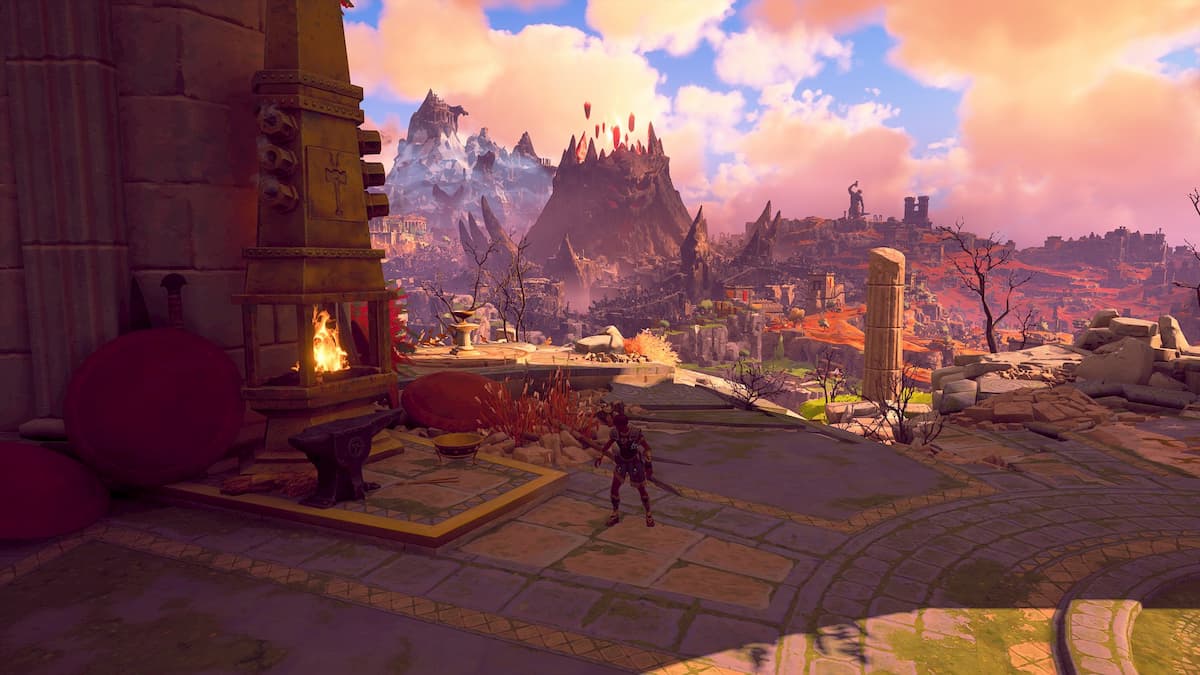 Immortals Fenyx Rising is an action RPG set in Greek mythology and inspired by the critically acclaimed Legend of Zelda: Breath of the Wild. The game offers a massive open-world with a variety of biomes named after the Greek gods. As Fenyx sets on a journey to save the gods, it acquires many weapons throughout the game.

The Swords of Achilles and the Axe of Atlanta are the first two weapons players get in Immortals Fenyx Rising. Each new weapon adds a few perks to Fenyx’s stats ranging from stamina to damage buffs. However, the base damage of the sword or the axes remain the same, irrespective of whichever one you are using. Likewise, different armors provide different perks, while the base defense stats remains the same for all.

After you interact with the Forge of Hephaistos, the upgrades menu will open up, and you will be able to see all your weapons and armor there. To upgrade your weapons, you need to have Blue and Red Adamantine Shard. These can be obtained by defeating enemies, looting chests, and breaking shard clusters. While Blue Adamantine shards are can be dropped by common enemies, Red Adamantine shards are a bit harder to find since they are dropped by unique enemies only.